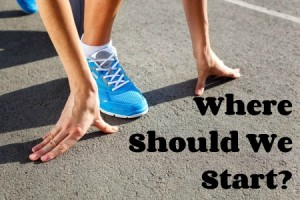 Everything starts with God.  But who is he?  What is God like?

Dionysius, the self-professed convert of Paul, has helped shape one point of view. The true Dionysius, noted in Acts 17:34, isn’t known to us beyond his cameo Bible reference.  But a much later figure who borrowed the name and identity of Dionysius is critical to the question.  He was able to offer a version of God that still has broad credibility by using his ‘borrowed’ affiliation with Paul to speak with New-Testament-like authority.

Today this figure is known as Pseudo-Dionysius.  He was, in fact, a 6th century philosopher who did much to import Neo-Platonism into Christianity.  His actual inspiration wasn’t Paul but Proclus (410-485) who relied, in turn, on Plotinus (205-270)—both of whom were not Christians.

This is tedious stuff for non-historians, I’m sure, but the question of what God is like is important.  And Pseudo-Dionysius plays a larger role in our modern conception of God than most of us know.  This, in turn, calls for a bit of patient curiosity, so please track with me as we note three other important figures.

A Greek Orthodox leader in the 7th century, Maximus the Confessor (580-662), was quickly convinced that Pseudo-Dionysius was the actual New Testament convert of Paul.  He, in turn, did much to shape today’s Orthodox liturgy—of worship-as-ascent—based on what he took from Pseudo-Dionysius.

Another convert was the Brit, Johannes Scotus Eriugena (c.815-c.877), who carried Dionysian views into Latin-speaking realms.  His efforts helped develop Roman Catholic mysticism that, like Orthodoxy had already done, followed the Dionysian call to a three-step ascent into God.  This was the pathway of purgation, illumination, and union: an approach to spirituality that is gaining momentum today.

A third major convert to Ps. Dionysius calls for special notice: Thomas Aquinas (1225-1274).  Aquinas is important because he offered the most elaborate and compelling blend of Greek classical theology/philosophy—with Aristotle as a guiding light—and medieval Christian faith.

A number of recent scholars—promoters of Post-Reformation Protestant Scholasticism—have shown that today’s Reformed theology is a slightly enhanced reprise of what Thomas once taught.  And they’re right.  For many—but not all—in the Reformed tradition today it’s as if the early Reformation never occurred.  Thomistic themes still reign in defining faith.

To be clear, the evidence is compelling that Martin Luther and John Calvin were repelled by the Thomistic package and meant to overthrow it—and many Puritans, including Richard Sibbes, agreed with these reformers—but that’s another story.

What we want to note here is that Thomas relied heavily on Aristotle for his methodology and his ethical framing of salvation, but many of his most significant assumptions about who God is came from Pseudo-Dionysius.  A formal historical study by Fran O’Rourke, Pseudo-Dionysius and the Metaphysics of Aquinas, charts this.

For the sake of space let’s take up just one feature: the question of where our assumptions about God begin.  Where did Aquinas start—as do many Christians today—in thinking about God?  He followed Ps. Dionysius by portraying God as utterly different from the creation. So much so that God is ultimately beyond reach.  Here is Aquinas speaking in the Summa Contra Gentiles (as offered in O’Rourke, 54-55):

“. . . he [God] is super-eminent over other things and set apart from all.  And this is the ultimate and most perfect limit of our knowledge in this life, as Dionysius says in the Mystical Theology, ‘We are united with God as the unknown.’  Indeed, this is the situation, for, while we know of God what he is not, what he is remains wholly unknown.”

Aquinas, with Dionysius, adopts an incommensurability of knowing: a complete resignation about ever knowing God as he really is.  Instead we are left knowing him only “through his effects” as the One who causes all that is, but exists outside all that is.

What kind of God emerges from this starting point?  One very different from the God who offers himself in the Bible!

Let’s spurn philosophical speculations about the nature of being and essential divinity for a moment and ask what God reveals about himself at the beginning of Scriptures.  If we allow God the privilege of disclosing whatever he/she/it may want to disclose of [him]self we find a startling reality: “Us”.

As in the one God saying in Genesis 1, “Let us make man in our image, after our likeness.” And then, “So God created man in his own image, in the image of God he created him; male and female he created them.”

What we can start with is a single God who exists in a wondrous communion as “Us” and that this “Us” generated another “us”—that is, humanity, including the readers of the Bible.  And the fact that God birthed us out of his own communion tells us of his priority to engage us in some sort of commensurate bond of knowing and sharing.  And his name is Jesus who now reveals his Father by the ministry of his Spirit.

There’s much more to say, of course, but let’s be sure we start where we’re meant to start.  With a God whom the Elder disciple was speaking of when he twice said in 1 John 4 that, “God is love.”  This love is the bond in the originating Us who now shares it with any of us who receive his love and respond.

If only Thomas had started with the Son—who offers real Love as an ultimate starting point—in place of Ps. Dionysian and Neo-Platonic speculations about the unknowable One, many might have a more satisfying and winsome faith today.

Thankfully it’s not too late to reconsider: to enjoy the God who is known as a Triune Us and who tells us he loves us.

2 Responses to Where Should We Start?