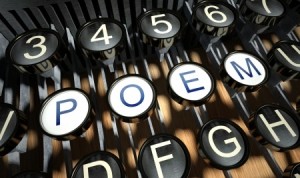 This poem was written by our friend Charlie. He has just completed the 2014 Cor Deo full-time program and was a real blessing! Let us know what you think.

I’ve spent too long having my steps directed

By those keen to have God’s character dissected:

As if ‘grace’ and ‘holiness’ are opposite poles,

The Yin and the Yang of a life full of holes.

“Yes, of course God is loving… But He’s holy, too,

“Grace AND holiness, dear boy, and don’t you forget it!

Your life is unfit; don’t quit – admit and recommit!”

So I served this God through gritted teeth,

Trying to bring Him glory with each grudging deed,

‘Til, Pharisaic and melancholic,

I developed the tastes of a pornoholic.

“It’s laziness”, they said, “You need to pull up your socks,

“Stop making God angry by the filth that you watch.”

But the desire to sin just always remained.

But I’d lie up all night full of covetousness,

Conquering lust, but wanting it constantly;

I continued this struggle, perpetually enslaved,

Knowing my heart’s desire was to love the depraved,

Whatever they’d said, this wasn’t “sanctification”,

Obedient in deed, but full of selfish frustration.

Allow me to offer the Genesis explanation).

This inward curvation can be traced back to Eden,

Where we thought our desires would give us true freedom.

That’s the root of all sin, its primary cause,

Not simply the fact that we broke God’s laws,

But that, when our Father offered us choice,

We turned from his goodness and his pleading voice.

Now, I’m not downplaying the evil of disobedience,

But deviance is the result of the heart’s prior allegiance,

To self. To stuff. Things we’ve whored ourselves to –

This problem is deeper than breaking a taboo.

I can’t help thinking that, fundamentally,

There’s something twisted in your anthropology.

It seems that, for you, the will here is king,

Ruling over the heart and pulling the strings

Making rational decisions for God and his law,

Since doctrine calls for duty in its every clause.

To you, the Spirit isn’t regenerating,

But infusing with power and thus accelerating,

Your own capacity for killing fleshly desires,

And doing the nice things that the Bible requires.

But my problem with this is, it’s Aristotelian.

The stoic, hiding in truth like a theological chameleon,

Has convinced us we’re central to our sanctification,

Since just love alone will likely lead to stagnation.

This falsity tells us that God’s saving grace,

Wasn’t quite enough and we must now embrace,

The role of our effort in completing our holiness,

(But with the Spirit’s battery-pack, always there helping us).

Yet, when I read Ezekiel, or Romans, or Galatians,

I can’t help but notice the signs of regeneration:

We’ve established, of course, that this grace is free,

It’s a gift which neither starts nor ends with me.

But I think you forgot that holiness, too,

Isn’t something you’re just enabled to do,

Since BY his grace you get his righteousness, too!

Who turns upward my gaze to the Son of God!

Grace isn’t a substance and he’s not your fuel,

Your gas in the tank for the ‘whole new you’:

Grace IS the Spirit, here to be your companion,

A person, a lover, by whom I’m in UNION!

Jonathan Edwards was quick to help us on this:

The very Spirit of God, pleased to dwell in unloveliness,

Finds in the depths of my heart his own wedded bliss.

You see, the blossom of righteousness is brought into bloom

When the bride is united in love with her groom.

So, my sanctification isn’t a constant fixation

On the expiration of God’s condemnation.

And having a heart changed by regeneration

Isn’t just “getting used to my justification”.

This is more than a shift in my legal status,

Or a ‘get out of jail’ card, given out gratis,

I’m not being changed because God decided to legislate this;

No. Now my whole apparatus is one with His goodness!

This union isn’t just for my liberation:

It’s about the bride of the King at her coronation!

I’m not ‘controlling desires which once controlled me’,

But I get NEW desires – that’s what it means to live free!

I’m not just a puppet who’s been given new strings,

I’ve got a new HEART which desires new things:

Like my Father in heaven – as the Spirit cries “ABBA!” –

I don’t see Him as Judge, but my new, loving Papa.

Now this struggle, this striving, this “killing of flesh”,

It comes from a heart that’s remade afresh,

Which means effort is in the context of a relationship;

The constant pursuit of deeper companionship.

So stop looking within for the strength you need

To be holy and happy and finally free:

Whatever you’re trapped in, whatever enslaves,

He’s stronger, he’s kinder and he’s mighty to save.

So call out to Jesus, to whom you are wed,

And love all that he is, not yourself, instead.

So my gaze is turned upwards, so my sin will decay.”

For if you are truly at one with the King,

Your eyes will be always and only on Him.

The “I” in My Holiness
Ministry Wilderness Temptations