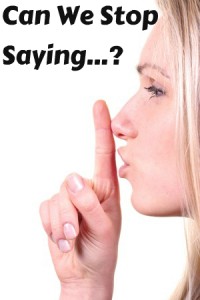 I learned quickly in seminary that there were two “Sunday School” answers that could be given to almost any question asked in class: “Jesus” or “Context.” Jesus is obvious – he could be the ultimate answer for nearly any question. But it was a shock to me to hear “context, context, context” from every one of my teachers, whether it was in a spiritual formation class, church history, or counseling. It was drilled into me that context is the key to knowing the God revealed in Scripture, living with him, and inviting others to know him in my ministry.

So it was no surprise that my professors had some pet verses that we Christians often quote and teach to new Christians that are taken totally out of context. The most popular to correct was Matthew 18:20, “For where two or three are gathered in my name, there I am among them.” It’s repeatedly quoted as if this is a great proof-text for a small group, or the minimum you need for a church. It’s strange to think the God who promises to live in us would say that we need a couple of other people to guarantee his presence.   You don’t really need to get theological to offer a corrective. After all, the context is about church discipline, not a text concerning the power of group prayer.

Following my professors’ examples, I’ve picked two verses and sayings that no longer work if you look at the context.

“Sanctification is by God’s grace and our effort” — You may not hear these very words all that often, yet I think most Christians in evangelical circles believe God gives us some sort of toolbox called “grace” that allows us to live holy lives by our effort. When I point out that the Bible clearly communicates that we are justified by grace alone and sanctified by grace alone (with grace being the very presence of God’s Spirit in our hearts) it’s not too long before I hear something like Philippians 2:12, “Therefore, my beloved, as you have always obeyed, so now, not only as in my presence but much more in my absence, work out your own salvation with fear and trembling.”

Context: For the sake of brevity I’ll attempt to limit my answer to two contextual observations that don’t allow for this to be the case. First, in the ESV there’s a comma after 2:12 not a full-stop. Meaning 2:12 doesn’t make full sense without 2:13, “for it is God who works in you, both to will and to work for his good pleasure.” Did you catch that it’s God who brings the desire and the effort in us to please God. Secondly, the broader context tells us that it’s not individuals Paul is speaking to in chapter 2 but rather a church living in response to having tasted union with Christ and participation of the Spirit (2:1-5). Part of this response is to be united as a body in Christ with the humility that gave birth to their community (2:6-11). So Paul tells the Philippians in a kind, fatherly voice, “As you have always listened to me, live out who you are as the body of Christ, for its God who gives you the desire and the effort to please him.” It’s not your effort to workout your salvation, but rather we are made like Christ only as we humbly cling to him for everything, even our sanctification.

“God doesn’t share his glory with any other” — This is said in order to draw people to God. It’s said to invite people to believe in God’s bigness, to see him in all his power, sovereignty, and majesty. Yet I’m not sure that this God is entirely biblical. Not to say that God doesn’t have these things as part of his being, but the emphasis of the Bible is that the character of his power, sovereignty, and glory is trustworthy and loving. Even as I write these words I know that someone is thinking of Isaiah 42:8, “I am the LORD; that is my name; my glory I give to no other…”

Context: It’s clear that Isaiah 42:8 says that God doesn’t share his glory with any other, so what am I on about? Here’s another example where people want to put a full-stop where there’s a comma; 42:8 finishes with “nor my praise to carved idols,” which as a poetic parallelism clarifies the previous line. In other words, God will not share his people with other gods, who the Israelites have faithfully followed instead of the LORD. It’s not saying that God won’t ever share his glory with anyone; instead he won’t share it with carved idols that his people have loved.

In chapter 42 the LORD promises to give his suffering servant as a covenant for the people so that they will no longer live for false gods. We are Christians because Jesus, this servant, came to give us God’s glory. That is the Gospel!

In John it’s clear that God gives all that is his to us when Jesus says, “All that the Father has is mine; therefore I said that he will take what is mine and declare it to you.” Just in case you may question whether the “all” in John 16:15 actually includes his glory, let’s look at some of the specifics of the “all” that Jesus prays for in John 17:22-4:

So three elements of the “all” that we find in John 17 are glory, love, and union. These are what the Son had with his Father before the foundation of the world—that is, being united to the Father in love, which is called “glory” (17:5). The very heart of the Gospel is that Jesus came and died on the cross in order to purchase the gift of his glory: that Father may love us just as he loves his eternal Son.

Please let’s stop saying things that distort God’s character and his Gospel by always pushing ourselves into the context.

One Response to Can We Stop Saying…?