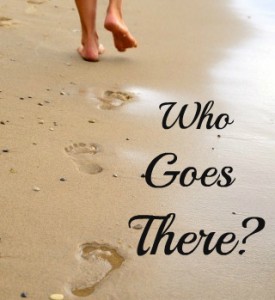 Good advances don’t have universally positive fruit.  For instance, I wonder if our advances in literacy and scholarship might have undermined our theology in some respects.  For instance, what do we look for when we read the Old Testament?

Walter Kaiser suggested that the Old Testament is treated by many Christians like their Grandmother’s attic: there are certainly treasures there, but you don’t really want to venture in alone.  So there are too many of us who only go in on guided tours to key sites before retreating to the familiarity of the New Testament.

But let’s say we’ve overcome that fear factor and ventured in.  Since it is January, perhaps the percentage of Christians reading the Old Testament is at its highest point in the calendar.  What should we be looking for?

Indeed, let’s not a develop radar for instructions for life while missing the consistent pattern of human inability to succeed at life presented in those pages.  The repeated pattern of human failure and the minority remnant of often fragile and frail faith should rebuke us from assuming we can simply pluck meaningful verses and live by them.

There is the promise-theme starting in Genesis 3:15 with the anticipation of the seed of the woman who will crush the serpent’s head.  That flows through hints and promises channeling our focus through Shem, Abram, Isaac, Jacob, Judah, Jesse, David, etc.  It points to a prophet like, but greater than Moses; a priest greater than Samuel; and a King who is the greater descendent of David.

But here is where the blessing of literacy might be undoing us somewhat.  Perhaps we can tend to zero in on the written anticipation within the divine plan, but lose sight of the divine person.  Certainly we should read the written word and we should interpret it as accurately as we possibly can, but the Bible tells us that it is possible to devour the text and miss the person.

We must look for a person.  Our tendency in the flesh will always be to settle for instructions that we can follow (and where we can’t, we’ll adjust our list so that we can get closer to success).  This is why we must read the Old Testament and see what is there – the pattern of human failure is significant as the dark velvet on which to spot the shiny loyal-love of God’s grace.  We must be alert to the promise that is there.  But ultimately our faith is not in promises read, understood, believed and claimed.  Ultimately our faith is in the giver of the promise.  That was true for them to whom the promises were made, too.  We must read to meet the God who revealed himself and invited trust in Him, the giver of the promises.

In his warning in 1Cor.10:1-13, Paul points to Old Testament examples of people setting their hearts on something other than God.  Disaffected from God they trusted in themselves and became profoundly vulnerable.  It was not merely an issue of lost information, it was the spurned relationship that undid them.  So the warning for the Corinthians was what?  To set their eyes on the instructions when faced with temptation?  No, it was to look to a God who is faithful and actively involved in their circumstances.

In his reference to instruction in Romans 15:4, Paul refers to endurance and the encouragement of the Old Testament Scriptures that lead to hope.  Next verse he reinforces his point.  Not that by our effort in following the instruction we might live well, but that endurance and encouragement come from God as we follow Christ in relationship to the Father and God’s people.

Jesus told the “Bible experts” in John 5 that they searched the Scriptures looking for life, but they missed that the Scriptures were speaking of him!  On the other hand, I just read a Spurgeon sermon on the “goings forth” of Christ “from of old” where he listed some of the Christ-spottings in the Old Testament.  We’d find similar thoughts in Calvin and Edwards and others.  So perhaps some Bible experts had their hearts pointed in the right direction.  Let’s be sure we do too.

Read the Bible and notice both the instruction and the human failures.  Notice both the faith-response and the rebellion response of human hearts.  Notice God’s promises to the undeserving.  And notice that the invitation is to trust in the God who not only states promises, but reveals himself repeatedly along the way.  We trust in God.  We trust in Christ, the person whose revelation of the Father forever endorses the trustworthy nature of that which is promised.

A New Way
A Question About Questions

2 Responses to Who Goes There?