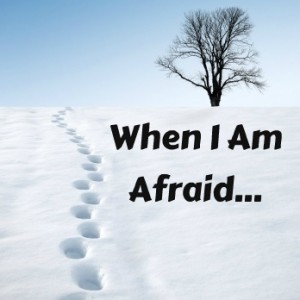 The Psalms tend to become more precious as life’s experience becomes more complete.  To the younger person who feels invincible, the Psalms may feel awkwardly poetic.  But to the one who suffers, Psalms sings precious and personal comfort.

Take Psalm 56, for example.  It is one of David’s, and it is one of the small number with a historical superscription.  It was when he was seized by the Philistines in Gath – hardly a happy scenario.  So as you read through the thirteen verses, you really get the sense of his struggle.  Repeatedly he refers to his enemies, repeatedly stating that his struggles were “all day long.”  Attacked, injured, plotted against and his steps watched by those waiting for his life . . . David was hurting.

Understandably, David called on God to be gracious to him.  Perhaps one of the reasons we struggle with Psalms like this one is that typically our struggles are with busy lives and the complexities of living in relative luxury (which form of entertainment shall I choose?) rather than the very physical and tangible opposition that David faced.  Surely our hearts should go out to those brothers and sisters that face real and present danger in the form of persecution today.  But for many of us, our challenges are not of that sort.

Nevertheless, even if we are not physically threatened or sensing a lurking enemy, a question is stirred by Psalm 56 – how do we respond to fear?  David wrote, “When I am afraid I will trust in you.  In God, whose word I praise, in God I trust; I shall not be afraid.  What can flesh do to me?”

When afraid do we lean in to the graciousness of God?  Last Sunday I was afraid.  It was a small thing, but I was driving over a mountain pass as dusk fell, snow was coming down, the road was not cleared and there was a fog setting in.  I knew that one poke at the brakes would send the car into a dangerous slide.  The snow was fresh on the ground and there were no slushy tire tracks to follow in.  My normally confident driving style became very hesitant as I slowed right down and prayed continuously for several miles.  Actually, as small as that was, the experience was a precious one.

But what about when enemies are involved other than the elements?  When people are plotting or lying or just watching and hoping you’ll fall, what is your response?  David’s response to his enemies in verse 4 – to praise God’s word and trust Him – is repeated again in verses 10-11.  This time he adds a line for emphasis, “In God, whose word I praise, in the LORD, whose word I praise, in God I trust; I shall not be afraid.  What can man do to me?”

Did you catch it?  He refers to God throughout the Psalm.  But in his reaffirmation of trust in God, he repeats a line with reference to the LORD.  The God who makes promises and keeps them.  The personal name of a God who can be trusted.  In fact, David’s confident reassertion of trust in God is preceded by two very precious verses.

In verse 9 David states a monumental theological truth.  God is for me.  That does change everything.  Unless we grasp the fullness of those four words, every threat will feel genuinely ominous.  Do we believe that God is for us?  Do we know that genuinely, as we see in John 17, for instance, that God loves us even as He has loved His own Son?  That is “for us!”  Do we know that, as Paul declares in a climactic section of his greatest epistle, “God is for us, who can be against us!”

Yet it is verse 8 that jumps out at me.  Having called on God to cast down the peoples who were against him, and just before declaring his confidence that God is for him and will answer his call of prayer, we find verse 8.  Perhaps this is the key to David’s confidence.  Perhaps it could be key to ours too?

If I pause before stating verse 8, I can speculate on what I might have expected.  It is a Psalm by a human anointed to be king praying to the God who is king over all.  I might expect a bit of a confidence boosting moment of motivation.  “Since God is so strong, surely I must be strong too!”  That kind of thing.  Maybe a motivational thought from a drill sergeant dripping with sweat and stirring the strength latent within king David.  Thankfully not.

Verse 8 is incredibly intimate and personal.  It is caring and parental.  David leans into what he knows of God’s care for him.  God keeps count of every time he changes position in fitful attempts to sleep.  God keeps track of the volume of tears he has cried.  That is not a call to be tough.  Under great threat, the future king finds strength not only in God’s sovereign power, but also in his intimate care and concern.  If God watches over us at our weakest, during those sleepless and tear-drenched nights, then surely we can be confident that God is for us.

As a result our hearts are stirred and our steps feel more sure.  Not only are enemies watching our steps, but so is the God who we can trust, the God who is for us.

The Saving Spirit
A Divine Stir

One Response to When I Am Afraid