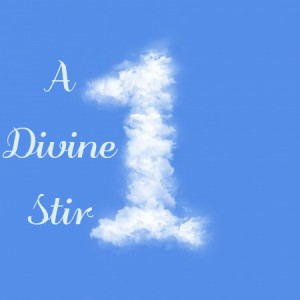 I’ve been reading Re-Thinking Dionysius the Areopagite (Coakley & Stang, eds.).  The “re-thinking” in the title caught my attention.  Most of us have never had a first thought about Dionysius so the idea of a re-think is odd.  Never mind, though, whether we know him or not.  It’s very likely that he has helped shape the way we think.

Who is he?  To be honest, we don’t know.  He’s never been identified by a real name or linked to a particular setting.  Our best guess is that he was from Syria and was perhaps a monk.  What we do know is that his writings first appeared in the early sixth century and he presented himself—falsely—as Paul’s Athenian convert, a philosopher mentioned in Acts 17:34.

What historians have sniffed out is that he drew on the teachings of a pagan Neoplatonist, Proclus (410-85), who drew, in turn, from Plotinus (c. 205-270).  For that reason he’s referred to as Pseudo-Dionysius, or Dionysius the pseudo-Areopagite: a religious fraud.

He became a significant figure in medieval Christianity because most intellectuals from the sixth through the fifteenth centuries thought he really was Paul’s convert from the first century era.  So if any bright thinker from long ago wanted a more philosophically informed version of Christianity, they needed to read and understand Dionysius.  What they were actually digesting, however, was a warmed over version of Plato.

It’s not as if Neoplatonism was something new.  Plotinus—who was born in Egypt and taught in Rome—was important to early Christian thought even though he wasn’t a Christian.  He portrayed God as “One”—the supreme reality—who extends outward in dual emanations of Spirit and Soul.  Each later returns into the One—something like a solar flare that erupts, then returns into the sun.

This triadic version of the One helped set up Christians, including Origen, the Cappadocian Fathers, Augustine, and others, with some useful concepts for thinking about the Trinity.  But most of these church fathers also knew enough—although in varying degrees—to dismiss sub-Christian elements of Platonic thought.

That’s where Pseudo-Dionysius makes the story more interesting.  Even though his portrayal of God drew from the well of Neoplatonism—with its many distortions—he was considered to be trustworthy.  Readers believed he actually represented the Apostle Paul’s “deeper” teachings.  That meant his writings weren’t filtered by the kind of appropriate skepticism the writings of Plotinus, Porphyry, and Proclus all received.

What followed was an embrace of key notions of Pseudo-Dionysius that still have a place in Christendom today.  In Eastern Christianity Maximus the Confessor adopted that theology in laying the foundations for the liturgy of Greek Orthodox faith today.

In the Western Church led by Rome John Scotus Erigena (c.815-c.877) promoted Dionysius by providing his own translation of his writings from the original Greek into Latin.  With this exposure by a well-known language Dionysian spirituality gained a footing in the West and became the core of Catholic mysticism.  Others who followed in this tradition included Teresa of Avila, John of the Cross, and Ignatius Loyola, Jesuit founder—whose Spiritual Exercises set the model for most of today’s methods in the spiritual disciplines.

What are the main notions of this mysticism?  Two items stand out.

First, there is the Dionysian view of God as absolutely One—a singularity or monad—seen as a shaping Force rather than a personal being.  Listen to a part of this Dionysian vision:

“The Cause of all is above all and is not inexistent, lifeless, speechless, mindless.  It is not a material body, and hence has neither shape nor form, quality, quantity, or weight.  It is not in any place and can neither be seen nor be touched.  It is neither perceived nor is it perceptible.  It suffers neither disorder nor disturbance and is overwhelmed by no earthly passion.” [Mystical Theology, ch. 4, 1040D]

This speculative set of negations differs dramatically from the lively and positive portrayal of God as Triune, existing in eternal communion: a God who “is love” and who is ultimately revealed to us in the person of Jesus: “Whoever has seen me has seen the Father . . . .  Do you not believe that I am in the Father and the Father is in me?” [John 14:9-10]

In Dionysian spirituality, by contrast, the focus is on the One as ultimate.  The Son, with the Spirit, are lesser and temporary emanations from the One—more iconic & modalistic—meant only to offer access to the pure experience of unknowable divinity.  God, in effect, uses the Son to draw seekers into his great Unknown realm.  Simply put, Jesus is not central to this mystical religion; he is merely a means to the end of experiencing God.

The second key notion of Dionysian spirituality is that the One is passive—essentially a non-conversant being.  In Platonic terms the One is the Form in which all particular forms or ideas exist—so that all the things we perceive as “real” are merely shadows of the ultimate forms in the One.  The relation of humans to the One is a pursuit of lesser figures back into their Source.  It is an ascent of the mind, but not through the mind’s activities.  Instead the mind must be quieted in hopes of becoming aligned with the ultimate Mind.  It sets up a paradoxical “knowing” of the Unknowable One by a three-step ascent: purgation, illumination, and union.

The Bible, by contrast, presents a conversational God. In God’s Triune communion we were known even before the creation (Ephesians 1:4).  The title for the Son, before he became man, was Word (John 1:1)—the revealer of the Divine Conversation.  The motivation of this Conversation comes to us as God’s love through his Son (John 3:16).

I’m just scratching the surface here.  What’s the takeaway?  Paul’s supposed disciple, Pseudo-Dionysius, was actually a disciple of Plotinus and a promoter of Neoplatonism’s non-Christian One.  As such he offers the promise of a Divine Stir—of an ineffable union with the unknowable One—and turned faith into an effort to ascend “into” the One through spiritual disciplines.

Okay.  I understand.  But I’ll take the Bible’s actual version of God: the Father, Spirit, Son God who pursued me and captured my heart.  I love him because he first loved me.  That’s a proper stir.