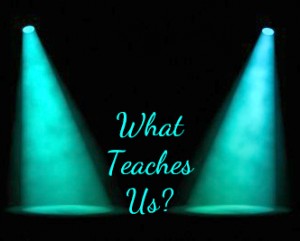 Self-controlled, upright, and godly lives.  Zealous and eager for good works.  What does the Bible teach about how we get to such ideal goals in our moral lives?  What is the mechanism for achieving these ideals?

I’ve been pondering the book of Titus.  It’s just 46 verses long, and often gets overlooked as the mini-refrain of 1Timothy.  But Titus is well worth its own place in the canon.

Each of the three chapters begins with some practical instruction, before transitioning to an explanation of the underlying truth that drives such instruction.  In the first chapter, Paul calls for the appointment of godly elders and lists the qualifications.  Verse 10 – “For…”  Here’s why they needed elders to be recognized, because of the threats to the church.  Interestingly Paul notes both the state of the Cretan culture, and the presence of “the circumcision” party with their false motives.

In the second chapter, Paul urges Titus to teach application fitting for sound doctrine.  So he goes through instructions for the different groups in the church.  Their belief should be dressed in appropriate applicational garb.  Why?  Verse 11 – “For…”  Let’s come back to this one, but first notice that chapter 3 follows the same pattern:

In the third chapter, Paul wants the believers to be reminded regarding their conduct toward outsiders.  Why?  Verse 3 – “For…”  It was because, prior to salvation, the Christians were also enslaved by their worldly passions, full of hatred and folly.  But a transformation occurred.  How?  By the kindness, love and mercy of God.  In saving them, God had poured out the Spirit to add hope to gracious justification.  Seems like a passage to ponder in respect to affection versus affection, and the expulsive power of a greater one!

Now, back to the second chapter.  After 10 verses of targeted applicational content, Paul gave his underlying doctrine that would drive such Christian living in the community.  It was all because of salvation.  It was all in response to the first coming of Christ – grace personified.

Grace has appeared.  My mind goes to the great fight scene in Gladiator when Commodus, arrayed in white, “appeared” in a spectacular fashion through the floor of the Coliseum.  The Caesar’s were into their spectacular appearings, all intended to impress the crowds.  It backfired on Commodus, but Paul takes that same term and applies it to Christ – he really did pull off a stunning “entry of a God!”  And Paul calls him the very “grace of God.”

So does Paul then offer a caveat and pull in some external pressure to avoid both  sin and the abuse of grace?  Perhaps Paul now pulls in a reference to the Circumcision party and corrects their mishandling of the Law?  No.  Paul writes that “it” teaches us.  What does?  What teaches us?  The grace of God teaches us, it trains us, it changes us.  Because of the coming of the grace of God we are changed by new affections expelling the old passions.  We are changed by the grace of God to live self-controlled, upright and godly lives in the now.  Really?  Grace does that?  That’s what Paul says.  And the grace of God in the first coming of Christ creates a longing in our hearts for the second coming, His glorious appearing – He, our great God and Saviour!

And we can’t miss verse 14.  This great God and Saviour who will come in the most glorious appearing into our world again, this, the One who came to reveal God’s heart to us first time.  It was a heart of grace.  It was a giving, not a grabbing heart.  For he gave himself to buy us back from all wickedness and to purify a people of his own.  That people who were once drunk on worldly passions, now transformed morally – for they are pure.  And they are transformed affectively – for they are zealous, eager to do what is good.

We live our lives in the shadowlands between two great spotlights.  We look back to God’s grace busting into our self-absorbed world in the form of self-giving personified.  We look forward to our great God and Saviour appearing gloriously once more.  And we live now.  Not looking to ourselves and our effort and our personal drive for pure living.  No, we live looking toward Christ, grace personified, who shapes us into his very own people, shaped and stirred from the inside out.

2 Responses to What Teaches Us?