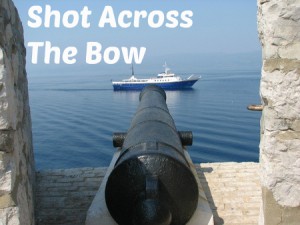 Sometimes what we see in the Bible is not what we experience in everyday life.  Sometimes this is a good thing!  For instance, think about these examples:

In Genesis we see that God’s response to the wickedness of the human heart is to flood the Earth and destroy every creature from the face of the land.  Perhaps the evil was uniquely hideous at that time, but then we see what is happening in our world today and maybe things aren’t so rosy now.  But God has promised never to flood the Earth again, so that was a one-off.

In Joshua we read the sad story of Achan and the defeat at Ai.  After the miraculous victory at Jericho comes the ignominious defeat at Ai.  It turns out that this was due to Mr Achan and his sticky fingers.  But then the punishment that follows feels really harsh – stoned, burned and buried.  Thankfully the Bible does not demand this kind of justice for every instance of theft.

Then in Acts we read the story of Ananias and Sapphira.  They had noted how Joseph had been given the nickname “Mr Encourager” and they decided they fancied a nickname like “Mr & Mrs Generous.”  So they sold some property and falsely represented their generosity before the gathered believers.  They were both found out . . . with instant death!  This would make every church offering time highly stressful if such an event were normative in the church.

So if these events were one-offs, what are we to make of them? If our goal in reading the Bible is to chase instruction for every situation, then these examples might be troublesome.  Should we punish, does God do the punishing, is the death penalty to become the norm in gatherings of believers?  No.

Actually when we read the Bible we should be more concerned with getting to know God than chasing instruction for how we should live. Certainly there is plenty of instruction, but that comes in the context of knowing and loving our loving God who wants to be known.

When we set off into the Bible on a quest to know Him, we will find the journey both thrilling and fascinating.  And truth be told, we won’t be left wondering what God values or wants.

Part of the revelation of God’s heart comes via these shot across the bow moments, typically at the start of a new era.  What does God think of human sin?  The flood makes that clear (as well as his deliverance being the only option available in the face of judgment).

What about taking his battle instructions lightly and flexing for the sake of lining our own pockets?  Achan’s sad story draws a line in the sand for that.

And what about pursuing our own reputation in the way we give resources or anything else for the ministry of the church?  God is as strongly opposed to self-appointed mini-gods claiming glory for themselves as he has ever been.  The bride of Christ is given Christ’s glory, but grabbing glory for ourselves is unfaithfulness to our groom that His Father and ours does not take lightly.  Rather than killing glory-hunters every Sunday, Acts 5 gives us the shot across the bow that makes God’s desire clear.

We could chase a few more examples, but perhaps we would do well to finish with the biggest of all. How would God react if we were to disregard his word and trust in ourselves instead?  The events of Genesis 3 make that clear.  There were lots of consequences, but notice that physical death was not immediate.  Why not?

Because God intended to fix the mess.  The consequences of human sin in Genesis 3 are huge: spiritual death, the introduction of physical death, death to creation itself, … all supremely serious.  But there was also another thing to notice – the seed of the woman would get a “bruised heel” in defeating the serpent. What would that mean?  As we read on we eventually come to the biggest statement ever made in human history that does not need to be repeated because its impact remains in force today and always – Jesus’ death at Calvary.

There on that hideous instrument of humiliation and death the heart of God for sinners like you and me was laid bare for all to see.  I can ask God to demonstrate his love to me today as I rely on him in prayer, but the demonstration of God’s love is already crystal clear, painted in vivid shades of crimson for anyone with eyes to see.  God loves us and is willing to give everything for our sake.

May the reality of the cross mark our days so that we don’t stray over the other lines drawn in the sand.  And may our pursuit of God’s heart in the Bible be ever fruitful and delightful as we get to see what God loves and what God is like in the great epic revelation of God’s Word.