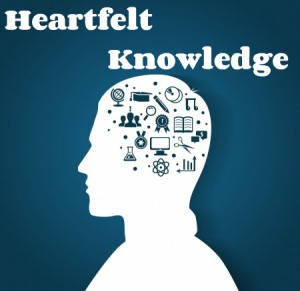 Knowledge can be interesting, useful, and random. This morning I experienced random knowledge on a BBC radio program. The presentation featured an expert on the properties and uses of lithium. He helped connect two worlds for me. On the one hand I knew that lithium is used to treat bipolar disease. On the other hand I know my laptop uses a lithium battery. The expert told us how the conductive properties of lithium explain both uses.

But never mind the lithium: the point is that this professor knew his subject.

What, then, about the underlying notion of knowledge in this or any other field? To know something is to engage it either directly or indirectly—by experience or through training. I can, for instance, be taught about lithium and/or I can use a lithium battery. I can also know a person or I can know about a person even if we’ve never met.

What is the point of knowledge? Should we seek as much knowledge as possible? Is knowing an end in itself, so that we should seek to know as much as possible? Even if the content seems insignificant to us? Or is knowledge mainly functional—a benefit directed by particular needs?

In academia the broad accumulation of knowledge is treasured. So, too, is specialized knowledge. Students with especially retentive minds tend to prosper with this sort of knowing. Yet the validity of some forms of knowledge can’t be assured. History is full of misguided expertise—with the worldview of Ptolemy as one grand example.

I raise these questions to stir thought rather than to offer answers.

We usually treat the content of our varied courses at school and college as indirect knowledge—as foundational content that is available to others in the same way we’ve learned it: from our instructors and from books. It is objective knowledge: standard and reliable information about topics as varied as geology, geography, history, literature, maths, and more.

But is our knowledge ever really objective?

In asking the question I recall a conference put on for doctoral students during my London days. One segment pitted two history professors in a debate over this question. One held that historical research is an exercise of discovery: the work of finding and expressing a true portrayal of past events. The other professor disagreed and insisted that written history is like a creative painting or an informed novel: the guiding feature is the historian’s creativity rather than the task of uncovering the truth about an event or person.

Both men agreed that historical studies use incomplete evidence. No one can resurrect the past in comprehensive detail or discover all the motives and thoughts that were active in an earlier era. So historical studies can only offer approximations of the past. The question, then, is what the historians have in mind in writing their history.

Let me suggest that the language of “true”—whether in historical studies or in other fields—is central to what we mean by objective. So the two London professors were really debating the benefits of objective history versus subjective history. One version feels obliged to engage the past on the terms the past provides. The other feels free to use the past for present purposes. The former might ask the question in a study of Martin Luther, “Would Luther agree with my portrayal if he was still alive?” The latter would dismiss that option as impossible and not a concern anyway as he would want to offer a “Luther for today.”

Of course there’s only so much freedom in this subjective-objective debate. I’m happy for poets and novelists to be subjective. But in applied aeronautics we all want Boeing and Airbus engineers to be hard-nosed objectivists as they design the aircraft we fly.

The late Kenneth Kantzer, once the Dean of Trinity Evangelical Divinity School, waded into the question of reliable knowledge in the realm of theology. He compared the kind of knowledge we have in science and engineering—the realms of lithium research and aircraft design—to the debates we meet in matters of faith and worship.

Kantzer compared the ease of being accurate in non-moral issues such as aeronautics to the moral distortions or deflections that take place as someone comes closer to an unwanted truth—and, ultimately, to an unwanted God.

A lithium scientist, for instance, might be absolutely objective when he talks about properties of lithium and its place on the periodic table. But if he happens to be involved in adultery and is faced with a God who calls him to repent, all his skills as a learned scientist may turn to be used to dismiss God’s existence. So he can be objective on the one hand and fiercely subjective on the other. Call it a function of moral defensiveness. His subjective religious stance will then conflict with the evidence of an ordered universe—a divinely designed universe—that serves as the unacknowledged basis of his lab research.

Kantzer’s argument of moral deflection is a paraphrase of Romans 1:18-32. The evidence of God’s hand in shaping the universe is a compelling reality for a believer—as one who knows and loves God—but all others will “suppress the truth” by their unrighteousness.

This is a theme we find elsewhere in spiritual concerns. Jesus, for instance, condemned the Bible scholars of his era for missing the evidence in Scripture that offered a witness to his own deity in John 5. The problem? “But I know that you do not have the love of God within you.”

Paul said as much about the majority of the world “who are perishing because they refused to love the truth and so to be saved” (2 Thessalonians 2:10).

Knowledge, as a wrap up, can be seen as the fabric of all we engage through our perceptions and learning. Yet knowledge ultimately exists as a function of our hearts. That is, the source and sustaining presence behind all that can be known is the Triune God who loves us.

So to grow in every dimension of knowing—to know without moral distortion—we need to embrace the one who is the Way, the Truth, and the Life. He determined the properties of lithium and is ever ready to meet us in our subjective places as the object of our greatest devotion.