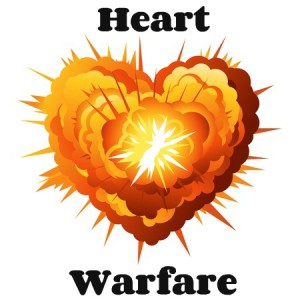 Pharaoh, in the Exodus account of Israel leaving Egypt, had a fight with God. The ruler moved by stages from being dismissive of Yahweh—a God he only learned about through Moses—to being beaten and compliant in the end.

How did it come about?

It was a battle of hearts. Moses told the Egyptian that Yahweh is the only true God. Pharaoh, with a hard heart, scoffed at his claims.

Pharaoh had every reason to be self-assured after his first meeting with Moses. Moses was an old shepherd—just in from the wilderness—telling Pharaoh to release the Israelite tribal clans. The Israelites, as a slave-labor workforce, were a major pillar in the Egyptian economy.

Moses came as a negotiator without any apparent leverage. Pharaoh seemed to hold all the cards.

To list the obvious, Pharaoh represented the Egyptian pantheon of gods. This carried the social function of bonding people in superstitious compliance: everyone knew not to offend the gods. And Pharaoh, working with the local priests, called all the shots here.

Pharaoh also held the powers of state: ultimately every element of economic, political, and military force was under his direction.

Moses, by contrast, seemed an unlikely spokesman for God. He was not driven: in later years his inspired editor—probably Joshua—noted his unique meekness. A speech impediment meant Moses was no rhetorician. Even more troubling was the deity he represented: Yahweh wasn’t on Pharaoh’s list of gods. Any meaningful god in that day needed a track record of displayed powers—mainly by the arts of priestly magic—and Yahweh wasn’t part of that competition.

So Moses needed to do something effective; something soon; and something compelling. And all he had on his side was God.

That was more than enough.

The particular events of the story are well known. What we want to notice here are the hearts—the motivations that shape thinking and choices—in this confrontation.

God’s heart was the guiding feature of the story: he came as the compassionate caregiver for his people. His concern was for his chosen nation, whom he called his “firstborn son.” God had heard the “groanings” of his people. He “saw” and he “knew”—intimately aware of how his collective son was being treated (Exodus 2:24 & 3:16).

As events unfolded there were two firstborn sons in the story—God’s and Pharaoh’s—and God was determined to care for his own son. Even if it meant Pharaoh’s son would die in this battle of hearts, an opposition first elevated in Exodus 4:22-23.

God, we read, was a caring father—protective of his beloved child. Pharaoh, on the other hand, was using social consensus to oppress Yahweh’s child. The local religions of the day, epitomized by the gods of Egypt, were being used to elevate Pharaoh’s status quo and to oppress the Israelite workforce.

And God, after 400 years of patience, had finally seen enough and acted.

After a set of famous plagues—with each plague targeting the realm of a given god in Egypt’s pantheon—God finally confronted the supposed divinity of Pharaoh himself. He killed Pharaoh’s heir-apparent, his firstborn son (Exodus 12:12-13).

“For I will pass through the land of Egypt that night, and I will strike all the firstborn of Egypt, both man and beast; and on all the gods of Egypt I will execute judgments: I am the LORD [Yahweh].”

Here was the ultimate power of Moses: when God made his promise through his old, meek, and unimpressive shepherd, he kept his word. And Pharaoh—whose heart was always opposed to all that Yahweh represented—finally caved in.

To be clear, God never changed Pharaoh’s heart. There was nothing unfair in what God did. But he did make the Egyptian ruler’s heart harder by using the pressures of the plagues to expose what defined Pharaoh: his love of power—power he used to oppress God’s beloved son.

Are there continuing implications from this story for today?

Are there, perhaps, some settings today where God’s “sons” are being confronted by the rulers who are using their pantheon of powers—under the guise of false gods or even under the rubric of enlightened progress—for oppression rather than for good?

Only as much as there is still a demonic spiritual ruler who hates Yahweh and his Son—and all who are united to the Son by faith.

Is God still paying attention? Yes. We can be sure he has every hair of every head counted, and knows every word and work of every life.

Will he wait another 400 years before he acts again to show who is really in charge?

Whatever the case we still get to cry out to him whenever the inevitable anti-Son hostilities emerge. It may come through social and political forces led by powerful media. It may be in the fierce beheadings of innocents in unsettled lands. We can be sure Yahweh still has a heart for his Son and for his sons and daughters through Christ.

Wait and we’ll get to see how things turn out. God’s heart is still with us.

Holy and Blameless Before Him
Wolfish Sheep