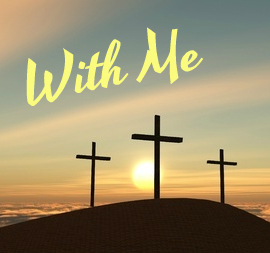 Luke knew how to write a Gospel.  Okay, all four of them did, but I’ve been looking at Luke this Easter.  I’ve been struck by his personal attributes of tenacious attention to detail and his tender awareness of people.

As a physician and man of science he was a diligent researcher who sought out the eyewitnesses and compiled an orderly presentation of what actually happened.  And yet as a physician and provider of care he must have been a sensitive listener who cared for the lowly participants in the events and offered a caring awareness of people that could easily have been treated as insignificant at that time.

Pairs to Convince: In Bible world evidence was always considered as stronger if there could be two witnesses to something.  With two or three witnesses a matter is established.  So Luke was diligent in chasing pairs of eyewitnesses or writing pairs of events that would reinforce the truthfulness of something.  You can notice this especially in his opening and concluding chapters.

In the birth narrative and in the Passion narrative, Luke piles on the pairs to establish the truth of what happened.  Gabriel announced two births, there are two songs of praise in that first chapter, two elderly witnesses welcomed him into the temple courts, etc.

And in the passion?  Luke offers two pairs of trials (two Jewish and two Roman) with two authorities declaring Jesus innocent (Herod and Pilate), two heavenly portents witness from above to the import of this man’s death, two sets of two men get a close up view of the crucifixion (Simon/Centurion as bookends with the two criminals either side), two sets of eyes observe his burial place, two angels were at the tomb, twice the message of his resurrection was spoken, two sets of eyes came to check the tomb, two people were on the road to Emmaus, etc.

Pairs to Convict: But Luke has another tendency when it comes to pairings in his Gospel.  I suspect he got this from the teaching of Jesus.  Jesus seemed to like pairs and Luke loved to report teachings omitted by the other gospels that feature pairs of characters as a teaching point.  Luke likes twos because it not only serves to convince readers of the truth of an account, but also because pairs serve to convict readers of the truth of where they stand before Christ.

Think of Mary and Martha – a convicting little account!  Then there was a lost sheep and a lost coin, setting up the story of a man with two lost sons.  Luke tells us of the Rich Man and Lazarus, as well as two men heading up to the temple to pray.  All stories that boil things down to two types of people that offer an enlighting and challenging contrast.

So is it accurate to suggest that Luke uses pairs to convince in his opening and closing, but pairs to convict in between?  Not quite.  Take a look at Luke’s crucifixion narrative.  The heart of the account is found in Luke 23:32-43, and there Luke zeroes in on two participants.  In the midst of all the noise, the crowds, the soldiers, the mocking coming from all sides, there Luke focuses the reader on two criminals crucified either side of Jesus.

Two other Gospel writers mention them, but Luke puts them up front as a feature and then focuses on an interaction between them and Jesus.  It is as if he turns the spotlight onto these two so that as we read of Jesus dying we are forced to compare and contrast these two.

Matthew is overt that both of them hurled insults at Jesus to begin with, but by the end Luke is clear that they are as distinguished as the two sons of Luke 15, or the two men who went to the temple to pray.

The other man rebuked him and had a different perspective.  He recognized the judgment of God on his life and the innocence of Jesus, as well as Jesus’ anticipated progression into kingly power and rule.  He went against the crowd and treated Jesus as who he actually was.  He didn’t offer feigned praise on condition of temporal deliverance, but rather communicated, in effect, “I don’t care about my needs and circumstances if I can have you.”

As we head towards Easter this year I am convicted by that contrast.  It is easy to slip into the world’s cynicism toward Jesus and the cross.  It is easy to start to see Jesus as a heavenly genie in a bottle, a fairy godmother, a butler on high . . . and as long as he blesses me temporally, then I will treat him as significant.  May that never be!

Instead may a close up view of the cross this Easter stir all our hearts to cry out, “our circumstances matter nothing if we can just be known by you!”  And then the wonder of Jesus’ promise to that man, and to us: “Today you will be with me!”  The location to come also becomes secondary in comparison to the relational wonder of being “with Jesus.”

One Response to With Me