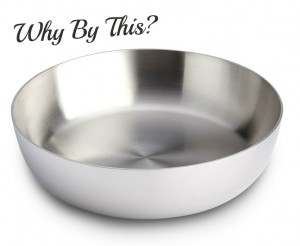 Have you ever stopped to ask why Jesus said what He did?  Perhaps we don’t because we just accept it.  It is not a bad idea to trust what Jesus says.  But there’s no harm in pondering why he said it, either.

Take for example, his new commandment in John 13.  “By this will all men know that you are my disciples, if . . .”  There were lots of available options for finishing that sentence.  He could have urged them to dress a certain way, fulfill certain religious rituals a certain way, recount a set of specific truths a certain way, attend church and live out a certain moral code a certain way.  Specific, certain, distinctive, distinguishing characteristics.

There is by no means any consensus on that thought, though.  After all, love sometimes is and sometimes is not listed in the lists of divine attributes in our theology texts.  Sometimes the impression is given that the communicable attributes (those shared with humanity in some way) are somehow second class compared to the incommunicable ones (those not shared with us).

We are also assured that no divine attribute can be elevated over another, which therefore leaves love just as one that may or may not be included in the list.

But as we read the Bible we might get the impression that God’s love or grace is persistently and distinctively, well, distinctive.  Take a moment to peruse the pantheons of divine alternatives.  I wouldn’t take too long, but you can if you like.  Whether invented by man, or sourced elsewhere, the God of the Bible is distinctively distinguishable by His relational grace.

One of the pivotal incidents in the Bible is the golden calf in Exodus 32.  So soon after God’s “wedding” connection with Israel, they are off committing spiritual adultery.  God, the spurned One, is indignant in His anger.  And Moses is with Him on the Mount.  It is striking that Moses is not only willing to interact with the LORD in His anger, but does so boldly.  He even asks God to see His glory!  Perhaps the clue to Moses’ confidence is found in the preceding text (you can chase that).

So what does the LORD give to Moses as a revelation of His glory?  Not a glimpse of His face – nobody has seen the LORD and lived.  He has Moses stand in a cleft in the rock, covers his eyes, and then?  “I will make my power pass before you!”  Actually not.  Not power, not muscles, not brightness, not light.  “I will make my goodness pass before you.”  And He goes on to speak of compassion and mercy and lovingkindness and faithfulness (i.e. grace and truth), slowness to anger, forgiveness, and so on.  This becomes a key text often repeated in the Old Testament!

Then we come to the New.  We start into John and find that the Lord has pitched his tent among us and we have seen him face to face, we have beheld his glory, one full of grace and truth (i.e. lovingkindness and faithfulness).  No one has ever seen God, but the only begotten God has made him known to us.  So we watch Jesus.  Lots could and should be said about him.  He reveals the Father to us.  If we’ve seen Him, we’ve seen the Father.  And speaking of glory, when is Jesus glorified?

According to John’s gospel, Jesus is glorified in that moment when He is lifted up from the earth in abject shame and humiliation.  Stripped and beaten.  Beyond the form of a man.  Nothing to distract us from our God in all His glory.  No power.  No pleasant image.  Just pure, absolutely self-less, self-giving love.