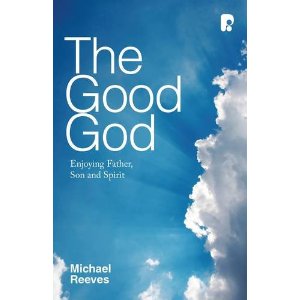 If you were God, what kind of Bible would you give by inspiration?  It really depends what kind of a God you were.

Let’s say you were a God as conceived by most human thinking on the subject.  A supreme power-broker God who can think only of itself.  The kind of God we see portrayed in various religions, in philosophical theism, in conversations about the “ultimate being” held around tables in pubs and coffee machines in workplaces, and sadly, all too often, in churches too.  This is the kind of God portrayed in the Bible . . . the one known as the god of this age, the one who seeks anything to devour.

What kind of Bible would be inspired by that kind of god?  I suspect it would be a monotonous code of instruction, written by a single author, lacking in delightful variety, acultural or even anti-cultural in nature and primarily demanding the dedicated obedience of adherents.  Actually, even in our churches, adherents to that view of God tend to reflect something of that view of the Bible.

Thankfully you and I aren’t God.  The real God is stunningly better than any god we could be or could conceive of.  Here’s a quote from Mike Reeves’ forthcoming must-read, The Good God:

This God simply will not fit into the mould of any other. For the Trinity is not some inessential add-on to God, some optional software that can be plugged into him. At bottom this God is different, for at bottom, he is not creator, ruler, or even ‘God’ in some abstract sense: he is the Father, loving and giving life to his Son in the fel- lowship of the Spirit. A God who is in himself love, who before all things could ‘never be anything but love’. Having such a God happily changes everything.

So true!  Knowing that our God, the Trinitarian God, is the true God changes everything and happily so.  Only in a God who is triune would we expect to find creativity, generosity, diversity, relationality and so much more.

What kind of a Bible would this God give to us?  It would be a gift, not a burden.  It would probably be chock full of different kinds of writings from different authors in different cultures and different languages.  It would reflect the glorious multi-coloured diversity and abundant generosity of a world created by this kind of God.  I suppose we’d expect to find everything from engaging narrative to stirring poetry to rousing speeches and thrilling epic adventure and glimpses into the past and visions of the future.  I think it would make you want to sing, to cry, to laugh, to celebrate, to contemplate, to marvel, to thrill, to share, to give, to live in response to all that is found there.

I’m guessing that it would be anything but monotonous or burdensome.  It would artfully thread key themes like ribbons through the fabric of history, tracing wonderful and majestic ideas from the dim and distant past to the very end of time and beyond.  It would weave great truths like the greatest symphony, repeatedly bringing back melodies that thrill the soul of anyone with ears to hear.  It would lift the heart of all with eyes opened to see beyond the dark damp cell of self-love to the glorious vistas of creation and eternity.

I think it would be overwhelmingly varied and creative, so that just as no two leaves are the same in all the forests of the world, so no two units would be the same in the tome of God’s Book.  Yet there would be total unity.  Not uniformity, not same-ness, not even just a general consistency, but a total unity that would come from being inspired word by word by the same communication focused Spirit.  And here’s a thought, the thrust of the Book wouldn’t be a focus on what we need to know, but on who.

Dare we imagine that such a Book might actually be God’s self-revelation?  Surely we wouldn’t even dream that such a Book would show us God becoming one of us, so that we might have actual fellowship, real relationship, even true union with Him?

Only a Trinitarian God would give us a Book like that.  So what kind of God actually exists?  Let’s open His Book and see!