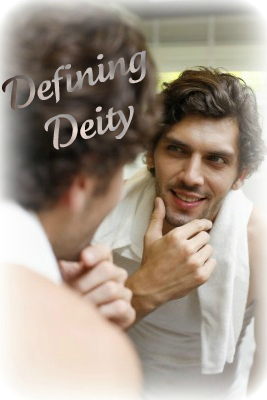 On Saturday I had some good reading time on a train to and from London.  On my lap?  A book by Donald Bloesch, God the Almighty, that begins with a survey of the 20th century theological landscape.  In a chapter on various attempts to define God he noticed views of deists, pantheists, panentheists, classical theists, mystics, and more.

That, in turn, led me to recall something Glen Scrivener mentioned to our Cor Deo clan last year.  A college chaplain at a certain university, Glen told us, had opportunity to speak to every new student about faith.  When a student answered the question, “What do you think of God?” with a dismissive, “I don’t believe in God”, the chaplain responded without hesitation, “That’s fine: what sort of God don’t you believe in?”

This is a strong question as it sheds light on the multiplied definitions of divinity that can be heard today.  And even with these multiplied options many people today can’t find a version of God they like.  So they—often unwittingly—take up the status of God for themselves with all the moral prerogatives divinity involves.

Here’s the point: even when someone dismisses the formal notion of God it is not the same as dismissing an ultimate reference point for meaning and value in life.  Our conduct relies on underlying motivations; and our motivations are mostly coherent—not just random and chaotic.  This ordering reveals a guiding focus for the values that motivate us.  “God” is the term for that focal point: an ultimate motivation.  And such devotion expresses an ultimate love.

Let me suggest a corollary to this point: as complex personal beings we need a complex personal being as our focus.  We can hardly be devoted to something smaller than ourselves.  So for divinity to offer the necessary center to a coherent life it must be more than a diffuse being or a set of ideals.

Furthermore, even when someone avoids a formal faith they still engage Galatians 5:6—the exercise of faith working through love.  That is, they live by faith in a presumed capacity to make ultimate judgments to sustain and enhance their personal welfare.  This self-divinization relies on self-love as a measure of life, as in “what do I most need from this event or person?”  Most often, then, God is the one seen in the mirror each morning.

But filling the role of God can be a problem because we all lack adequate reach in shaping things.  Self-gods aren’t able to change much about themselves let alone the world or the cosmos as a whole.  So such a deity—if one is honest—inhabits a very tiny role, living as a miniscule yet feisty fragment in a massive and threatening universe.

Here it is that we find the beauty of failure and inadequacy: only when we find the task of divinity too large to fill do we start to call out to the true God.  Or, to be more accurate, to start to listen to his voice as he has been calling out to us.  When we find ourselves too small and weak to manage some desperate circumstance we finally come to the end of trying to be “like God”—the role the serpent offered Eve in Genesis 3—and ask for help.  We instinctively realize that his reach is greater than ours in solving problems.

Jesus, of course, said as much.  He came for the unrighteous, not the [self] righteous; for the blind, not the [short] sighted; for the humble, not the proud.  So it is that those who are most successful in pretending to be gods are the least likely to love the true God.  They believe he’s not likely to care for them like they can care for themselves.

The biblical God, on the other hand, is big enough to know all our thoughts even before we speak a word; and he has every hair on our heads counted.  And, what’s more, he loves us from within the eternal Triune communion of overflowing love—so much so that the Son died for our sins.  And he wants what is best for us—whatever he designed us to become.

That’s a God to be trusted.

What Kind of Bible Would You Give?
You may appreciate . . .