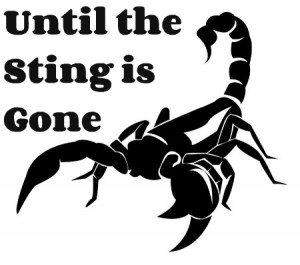 This is another great post from our friend Gretchen. Be sure to read her others: here and here

I don’t know many people who have gotten very far into adult life without having experienced deep pain at the hands of another person. The betrayal of a spouse or close friend. Unfair treatment on a job or in an educational setting. The loss of a loved one in a drunken driving accident. Having had something of value stolen. We can all fill in the blank. We are keenly aware of our own pain. Happily, as Christians, we just forgive and move on, right? Well, um…

Forgiveness. It’s something we’re happy to be given, but at times find it challenging to offer. Yes, we know that Jesus told us to forgive—over and over again if necessary. He even said that if we do not forgive others, our Heavenly Father will not forgive us. Paul tells us more than once that we ought to forgive others, as we ourselves have been forgiven by the Lord. We know that Jesus himself suffered and died a death he didn’t deserve so that we can be forgiven.

Why is it, then, that when we say, even believe, we’ve forgiven another person that the mention of their name, or running into them in a social setting, causes a knot in our gut? Why is it that we are so quick to recount the wrongs that were done to us and take every opportunity to make sure others know about it too? If we’re honest, for most of us, forgiveness is hard.

One of the reasons I think we struggle with it is because we take it too lightly. Forgiveness is a word that’s tossed around in Christian settings as though it’s a foregone conclusion, without really considering that forgiveness costs. It cost Christ his life, so why would we think that it should cost us nothing? Forgiveness means that what was lost will never be restored. It means taking another person’s debt to us and writing “paid in full” across the bill. It may well mean never hearing the “I’m sorry” our hearts long for.

Another reason we struggle with forgiveness is that we don’t fully understand the depth of what we have been forgiven. This hits home for me personally because I came to Christ as a young child, and I don’t think I ever fully grasped the ugliness of my own heart until I had to wrestle through forgiving someone who had deeply hurt me. As I was reading through Luke 7, I came to the story of the woman who was washing Jesus’ feet with her tears and wiping them with her hair. Jesus says that her many sins were forgiven, for she loved much, and then he says, “But he who has been forgiven little, loves little.”  In that moment, perhaps for the first time, I felt the weight of my own sin. I also recognized that my lack of love for Christ was rooted in the fact that deep in my heart, I had seen myself as someone who had been “forgiven little.” Today, it pains my heart that I would even think that!

Still, in real life, when the actions of someone else have left our hearts wounded and bleeding, how do we forgive? Though I certainly wouldn’t claim to have all the answers or to be above the struggle, here are some thoughts to consider:

When we have truly forgiven, no longer does the mere mention of that person’s name make us feel like we’ve been kicked in the gut. No longer do we feel the need to recount the wrongs that were done. No longer do we wait for the “I’m sorry” that isn’t going to come. Instead, we can be a reflection of the Lord to that person by casting their wrongs against us as far away as the east is from the west. We can be those who love much because we’ve been forgiven much.

Conversing with God
Easter, For Me

One Response to Until the Sting is Gone