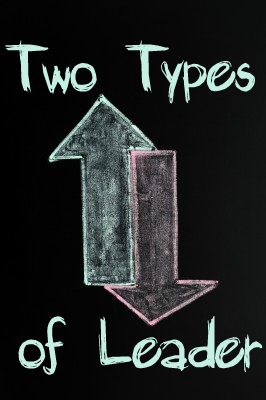 A leader with Christ’s heart differs from leaders in the world as light differs from darkness.  Jesus taught as much and lived as such.  Think, for instance, of how he loved all those he led.  Worldly leaders, by contrast, love goals and achievements.

Think too of the final measure of Christ’s loving leadership: he moved resolutely to his death for the sake of his followers.  Yet worldly leaders regularly ask their followers to die to a healthy lifestyle in pursuit of strategic opportunities, bottom line profits, more recruits, and a host of other soulless ambitions.

While Jesus characterized his true followers as those who love the Father and share a love for each other most world leaders withhold their affections from followers.  And if such leaders affirm their group it comes as a motivational stir: an approval based on performance.

There are endless contrasts to be made.  Jesus grants his disciples full access to family membership and eternal life with him.  A worldly leader measures a person’s worth by his or her current productivity and that value lasts only for as long as a contract is in place.

Jesus was devoted to the quality of his disciples’ growth and their spiritual health while worldly leaders prefer quantitative data in measuring success.  And with that they treat staff as resources to be managed rather than companions to be cared for.

So here is my question.  Why do so many Christian ministries—churches, mission organizations, Bible colleges, and care organizations—embrace the world’s form of leadership?  Why this misguided faith?  Did Jesus get it all wrong?  Or do we need a rethink?  Do we, perhaps, even need new hearts?

Let me mention a couple of tangible examples of ungodly leadership.

I’m familiar with a Bible college that fired its director of Information Technology.  All the staff were professing Christians and he was not charged with a moral fault.  Yet a day came when he was fired without warning.  In the event he was escorted to his office by campus security, told to collect his personal items under close supervision, and then escorted off campus as the critical office logins were all changed.  I’m told it was pretty brutal, yet it followed the world’s standards for dismissing IT specialists.

On hearing this story I reflected on how Jesus handled a truly failed disciple, Judas Iscariot.  On the evening Judas went out to betray Jesus—with Jesus knowing what was coming—Jesus was a stubbornly compassionate leader.  He washed the betrayer’s feet and fed him the bread and wine of the last supper.  Mercy and dignity were offered to the end.

I also know of a youth pastor whose ministry was deep, and fruitful.  He had a young family so after his early morning meetings with students he would return home to be with his wife and children.  Then he launched his ministry “day” when the youth were available after school was out.  He ministered 50 or more hours a week.  Yet a couple of elders—both effective leaders in their world settings—told him that as a church employee he was required to keep 9 to 5 business hours in his office on top of any of his early morning and late evening ministry activities.  When he realized he was merely a church “employee” this pastor moved on to a new setting.

Jesus, in his ministry, told his disciples, “I no longer call you servants but friends.”  In similar terms he offered himself as a bridegroom seeking to capture his bride’s heart: a lover with his beloved rather than an employer with his employees.

Why, then, do we endure leaders who aren’t actually Christ-like?  Could it be that we treasure programs more than we treasure people?  Or that we aren’t as Christian as we think we are?

Most of us know some very successful Christian leaders whose leadership is worldly rather than Christian.  For such leaders isn’t it time to repent?  Or, perhaps, to resign from Christian ministry.  Another world needs their values, not the church.

One Response to Two Types of Leaders