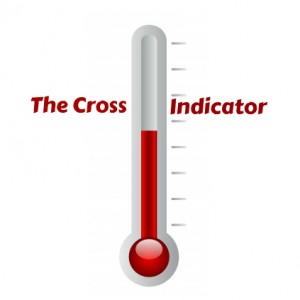 When Jesus was on his way to Calvary he was offered a drink that would numb the pain.  He refused.  I suspect my familiarity with the fact of Jesus’ crucifixion might numb my awareness of all that is indicated by the cross.

Sometimes we try to re-sensitize each other in the church through extremely graphic descriptions of the physical effects of crucifixion.  There may be a place for that approach, but I’ve been pondering the crucifixion from the perspective of four “meters” or indicators.  How much love is indicated by the crucifixion of Christ?

First, the love-for-us meter goes off the scale when we really ponder the cross.  Jesus had just told his disciples that previous evening, “greater love has no one than this: that he lay down his life for his friends.”  The crucifixion of our Lord is such a reminder of the extent of his love for us.  When we feel so unworthy, which we should, we look to the cross and realize the worth attributed to us by Christ’s self-giving sacrifice to redeem us.

Second, there is the love-of-the-Father meter, which again goes off the scale.  Some like to turn these relationships into exclusive options and say that the only reason Jesus died was in obedience to the Father and not at all for us.  The Bible does not support some of these either-or notions imposed on it.

We have to get away from a simplistic angry-Father-loving-Jesus understanding of the Passion.  There is a little controversy going on regarding the wording of In Christ Alone where a denomination wanted to remove reference to the wrath of God being satisfied.  This is an important biblical truth and I applaud the songwriters for standing their ground.  However, there is a problem with some who see only wrath and lose sight of the intra-Trinitarian dynamics involved in the crucifixion.  Furthermore, the love of the Father is seen as he did not spare his own Son, but gave him up for us all – Paul exulted in the gracious giving nature of our God!

The cross gives so many layers of insight into the Father-Son relationship and giving nature of our God.

Third, the self-giving-love of Christ is again an absolute measure.  Let me clarify.  Christ’s love for others was total.  His love for the Father was absolute.  And in respect to himself?  Again, the measure is a total measure.  We humans may have some love for others, but also will always have love for self.  The horrific nature of crucifixion demonstrates that this voluntary self-giving was unhindered by any unhelpful self-love.

Fourth, the love-who-is-God is again off the scale.  I am still pondering Jonathan Edwards thoughts on the forgotten person of the Godhead in respect to the crucifixion.  Edwards noted that too often we neglect the Spirit.   We rightly praise the Father for giving the Son and the Son for laying down his life, but then refer to the Spirit merely as the one who applies that truth to our hearts – sort of a minor player in the atonement.

Edwards wrote of how the value of a gift is commensurate with the price paid.  So if I pay £500 for a necklace for my wife, I rightly expect to then own £500 worth of necklace, not just £50.  In the same way, Christ’s death bought the restoration of the Holy Spirit, the one who unites us to Christ, whose fellowship means entering back into the embrace of Triune love.   How valuable is this gift of the love of God, the grace of Christ, that is, the fellowship of the Spirit?  The value is seen by the price paid – a price that is off the charts by any measure!

When we glimpse how off-the-scale the crucifixion was on so many levels, surely our hearts will be stirred to worship again.