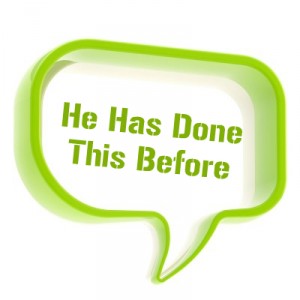 The other day I was with a group of UCCF staff for a training day.  We looked at the unfortunately titled Perspecuity of Scripture . . . that is, the doctrine of the clarity of Scripture.  The fact that the Scripture may be understood.

We started by thinking about what kind of communicator God is.  If God were the solo self-concerned being of monadic theism, would he even be a communicator?  Perhaps he would communicate for the sake of instructing obedience, or worse, to perplex the creatures so they know He is greater than them.  Whatever His reason, were he to communicate, it would be a new experience for him.

Not so the God of the Bible.  He has been a communicator since before creation.  The Father, Son and Spirit in meaningful self-giving communication for all of eternity.  We thought about what kind of Scripture we would expect from this kind of God…united, diverse, relational, engaging, rooted in the reality of communicative relationships.

We pondered how the many narratives of Scripture tell us of God’s concern for real people in real situations, of how living in response to Him is not a reality made up of religious services alone, but is a daily real life concern.  We thought about how narrative shows the value of real life, of creation, of people, of faith.

We pondered how the significant amount of poetry in the Bible says something about how God values the emotional experiences of life, as well as the artfully crafted wording, and the need for us to slow down and meditate on words.  We considered how God doesn’t just give us “glorious revelation” throughout the pages of Scripture, but also the angst and struggle of others also living by faith in this world.

We pondered how the discourse sections of the Bible demonstrate God’s concern for clarity and instruction, how He wants people and churches engaged with truth, how His love means the gospel needs to be applied to the concrete and specific issues of life.

And this is just scratching the surface.  It was so helpful to ponder together the motivation that comes from knowing that the Bible is not an impregnable code, but is a revelation that can be understood.  We don’t automatically understand, or understand fully, but it is understandable.  When we don’t get it, the issue is not with it, but with us.

We went on to consider how the issue on our side is not a matter of intellect, or of training.  The far greater issue is the state of the soil in which the seed is planted.  How responsive are our hearts?  How aligned are our hearts with His?

But all that is just by the way.  I wanted to share a thought one of the girls in the group shared, a thought I have never considered before.  We were talking about how our God wasn’t surprised at the sound of His own voice (“it is deeper than I expected!”). He was a practiced talker.  He had done it before creation, in the deeply meaningful interaction within the Trinity.

God is a wonderful communicator, not only because of His character, and His nature, but also because of His glorious relational experience.  And then the thought:

If God is a practiced speaker, this means He is also a practiced listener. And if that is the case, somehow prayer seems somehow even more inviting.

Update #32 – April 2012
Discipline and the Disciplines

2 Responses to He Has Done This Before