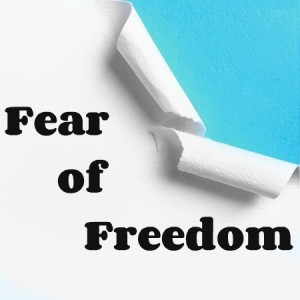 One of the prevailing responses to the message of free-grace or the freedom found in Christ is fear. This fear has as its basic assumption that free-grace in Christ won’t actually lead to good works, but leads to inactivity at best or licentiousness at worst. Instead, one must see the Law as God’s means to sanctify his people to enjoy communion with him. The differences between free-grace preaching and nomist-sanctification were one of the reasons for the eruption of three separate Antinomian (or Free-Grace) Controversies in England and New England from 1610-1640.

The initial controversy began in the 1610s & 20s when John Eaton preached against what he referred to as the re-emergence of the Galatian heresy. He believed he saw a new spiritual tradition emphasize the Law as a means to cause spiritual growth. Taking the advice of John Fox’s preface to his translation of Martin Luther’s Lectures on Galatians (1535), Eaton used Luther’s work to confront what he thought was an unlawful use of the Law. Law, for him, was meant only to make one aware of sin and the need for Christ, not to bring about righteousness. Apart from the Law Eaton taught that justification and sanctification are “inseparable companions”, that is “justification causes sanctification” and that “justification causes love.”

“The … main point of showing the majesty and utility of this benefit of justification, is, that the true joyful knowledge of justification is the only powerful means to regenerate, quicken, and sanctify us. It makes us truly to love, fear, and trust in God. Justification works in us the true Evangelical repentance. That is, sincerely hating sin, because it is sin, and in truly loving all holiness, and righteousness. And thus it is God’s holy fire that enflames his people with right thankful zeal of God’s glory, in careful and diligent walking in all God’s commandments, by willing, cheerful and readily practicing of all duties of love, both towards God and our neighbours.” (Honey-Combe, 459)

Free-grace could never lead to sin, for Eaton, only using law to bring about righteous living could do that.

Fundamentally, Eaton linked justification to the indwelling of the Holy Spirit who unites us to Christ and “inflames our hearts with true love, Gal. 5:6” (Honey-Combe, MMv2). To preach law to the believer and direct their hearts to focus on their sin would distract them from the beauty of Christ which enflames their hearts to please Christ. He trusted that to love God and focus on him would cause anyone to become like him–holy. This reality cannot come by the Law but only by true union with Christ.

“But, where this rich and loving husband, Christ, takes as a wife this poor and wicked harlot, redeeming her from all evils, laying all her sins upon his shoulders. Whereby they are swallowed up in him as darkness is swallowed up in the sunbeams (Isa. 44:22). For it behoves that all sin be swallowed up at the sight of Christ, clothing and enrobing her with his own righteousness, and garnishing her with his own jewels. Whose hearts, hearing these things, will not melt for very joy, and wax ravished for very love of Christ, having received so great consolation? Any Laws or works can never possibly attain this love at all.” (465)

The fear that only inviting people to love Christ and to do what they want would lead to reckless and lawless living misses two things. First, that the person of the Spirit unites us to Christ, dwells in us, and continues to pour God’s love into our hearts. As the Spirit is the love who unites Father and Son, he is the love who unites us to Christ.   From this union comes the fruit of faith, hope and love. And second, this fear ignores the compelling nature of love, which is the greatest and fulfils all the law.

In a similar vein to Eaton, a hundred years later, Jonathan Edwards in his Charity and Its Fruits and Treatise on Grace would affirm much of Eaton’s Luther-Galatian-based-polemic.

So, how do we grow in Christ? Paul’s answer in Galatians is to walk with Christ in the same manner that we first received him, in faith by the Spirit. Not by looking to the Law, that wouldn’t be standing firm in our freedom in Christ but returning to the yoke of slavery. Does this freedom lead to sin? By no means! If anything our freedom will produce great works abounding in joy and delight in Christ with the motive to please Christ.

Fear of licentiousness that comes from preaching the gospel as free-grace usually doesn’t engage the issues of true union with Christ by the Spirit or heart-centred human agency. This fear produces unnatural results, like introducing law as the basis of marital communion with Christ, but a law-based relationship would be disastrous. It is utterly alien to have marriage centred on anything other than your love for your spouse.

We’ve been set free from the Law and sin to live for and love Christ; we haven’t been freed from the law for the law. There’s nothing to fear, there is only freedom to enjoy.

One Response to Fear of Freedom