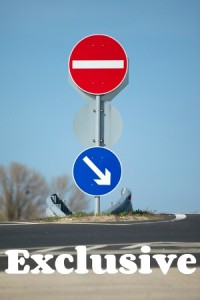 For a moment picture the response of any father who hears a large bang coming from the family room late in the evening. As he rushes toward the room he hears someone tearing down the blinds and the crackling of the broken glass being walked upon. When he enters the room he’s startled to find a woman sitting comfortably on the couch as if waiting for someone to welcome her. And before he can even say, “who are you?” she begins a list of demands that go something like this:

“I want to reside in your home and for you to treat me as your daughter in every way, as if I were married to your only son. But with the stipulation that I don’t have anything to do with your son! I really don’t like him . . . I want to live my life here.”

I don’t know about you, but I doubt any of us would be surprised to hear a wrathful response full of jealousy for his son.   The audacity to demand the rewards of being his son’s wife without any real connection to him, even blatant hostility against him, would deserve her immediate removal. Even by force if necessary!

Another reason that we’d expect a response like this is that we understand there’s only a few ways to enter into a family. We don’t question that the way into a family is either by birth, adoption, invitation, or by marriage. To say it doesn’t offend any of our sensibilities. Family by definition is exclusive. Some are part of your family and others are not. That’s the way it goes.

“How can you believe that God is good when he offers only one way to heaven? Don’t you think it’s cruel to keep so many good people from entering into heaven?”

Either as the questioner, or as the one asked the question, I’m sure that the answer included Jesus’ words “I am the way, the truth, and the life,” and that apart from him no one can get into heaven. While these words are absolutely true, it doesn’t seem to reflect the tone or the nature of Jesus’ last words to his disciples in John 14.

Now in our post-modern western culture it’s apocryphal to claim any views on the nature of truth and goodness that may be exclusive in anyway. The logic goes, “Truth is relative, your truth can be your truth and my truth can be mine. And as long as nobody gets hurt, goodness is relative too.” Although the irony isn’t lost on me – the intolerance of perceived intolerance – the context of John 14:6 may allow for a more effective method for engaging objections to the exclusivity of the Christian faith (as well as honoring the intention of Jesus’ words and the nature of God).

Jesus, to comfort the hearts of his disciples, tells them that they shouldn’t be troubled by his coming departure (14:1-3).   Instead, they should believe that he’s going away for their benefit that he may prepare a place for them in his Father’s house. All the disciples would have noticed the obvious betrothal imagery. At this time in a Jewish culture, a man would propose to a woman (which would be treated just as legally binding as marriage) and return to his father’s house to build an addition to the home for the new couple. After his father approved the addition he would then go and retrieve his bride.

And Jesus tells his disciples that they should feel about the news of his departure just as a new bride would respond to her betrothal (14:28). Think about the thrill that the bride would feel as her bridegroom left to prepare a home for their new life and the all-consuming anticipation of his return. This would not have been lost on Jesus’ disciples. They should rejoice and be excited that he’s leaving to go to his Father!

It’s easy to see why Jesus says to his disciples that they know where he’s going (14:4). As they have seen Jesus, they have seen the Father, because he and his Father are one (14:10ff). And to believe the words of Jesus, to follow his way (13:34-5), and to believe on him for life, are the very fruit of abiding in Christ. To love Jesus is to love and know the Father. Therefore, just as the Father has loved the Son, so too the Father loves Jesus’ disciples, his “bride” (14:18-31).

Heaven is to participate, to join the family of the Trinity by the Spirit who has been in the business of communicating the depths of the Father and Son’s love for each other for all eternity (1 Cor. 2).

There’s no other way to reside in the Father’s house apart from his Son, because they are one. Anything else, any other way, is no different than a random woman breaking through the window and demanding all the benefits of the house without any love for the members of the family that live there. Even in our post-modern western culture the exclusivity of the family remains the same. Forcing one’s way into the family apart from accepted modes only leads to removal and maybe even restraining orders.

How do you Pray for Fellow Believers?
Conversing with God

One Response to Exclusive