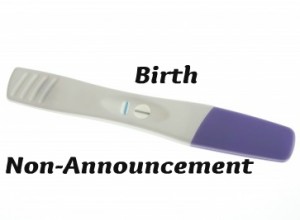 When Zechariah walked out of the temple, all he could do was wave his arms around and gesture.  He couldn’t get a peep out of his vocal chords.  But what would he have said, if he could?  I think he would have had three things to say, and each one better than the one before.

Yesterday was the first Sunday in Advent, a season for preparing our hearts to celebrate the birth of Jesus.  What better place to start than with the first announcement of that first Christmas?

For over four centuries things had been very quiet in terms of prophecy and angelic visitation.  While Israel had been trampled by foreign foes and internal turmoil, heaven must have seemed as brass to faithful folks like Zechariah and Elizabeth.  But then, after the blank page between the testaments, Luke 1 and 2 go off like a firework display of angelic visits and prophetic utterances.

Zechariah was a long-serving priest.  His division was on its biannual posting in the temple itself.  As always, the top job was given to a priest chosen by lot. Twice a day, for two weeks a year, over decades of service, Zechariah had probably heard the name of another winner in that lottery.  On this day, his name was read out!  This was perhaps a once in a lifetime opportunity!  Instead of passing bowls of blood, or butchering sacrifices, or keeping the altar going, this was his greatest moment – to go as far as any normal priest could go, to within touching distance of the great curtain guarding the Holy of Holies, the place where God’s presence was supposed to dwell in the midst of His people.  Zechariah got to put the incense on the altar as the people waited outside that afternoon.  What a privilege!  Don’t get it wrong!

With the light of the candlestick shining over his left shoulder, and perhaps with the incense smoke rising past his nostrils as a picture of the prayers of the people going up before God, suddenly, the angel Gabriel shone in the shadows right next to him.  Scary!  “Don’t be afraid.” (Standard greeting for angels, and with good reason, I’m sure!)

What followed was a set of information that would have blown Zechariah’s heart and mind.  If only he hadn’t questioned Gabriel, the great proclaimer of heavenly plans for Israel and her future.  Perhaps he would have been able to come out and declare the three great announcements that gripped his heart and mind as he finally left the temple that afternoon!

The first would have been good enough, I’m going to be a Daddy!  I love how Gabriel begins the announcement – “Your prayer has been heard.”  Which prayer?  Was Zechariah asking for a baby as he approached the altar of incense?  I really doubt it, judging by his reaction.  I do wonder if he may have served at the altar decades before, newly married and still hopeful that God would bless them with a child – maybe on that occasion he prayed for a child.

Or perhaps it was “the prayer” that had taken so many forms over the years – the eager anticipation of betrothal, the grateful expectation of early marriage, the increasingly concerned and desperate prayer as the years passed by without a little blue line, the pleading, the confession in case it was something of them that hindered the answer, the gradually settled ache in the heart that simply expressed itself in trust – your will be done . . . that prayer.  His prayer had been heard.

I suspect God has a special concern for the childless and the widow, because such relational loss was never part of His wonderful original design.

Anyway, a baby coming is great news, but there was a second thing Zechariah would have wanted to scream to the crowd, my boy will be truly great!  I know, every new parent says the same thing – “My little Johnny is gifted, he walked two months early, etc.”  But Zechariah would have been right.  His son was to be great in the sight of God, dedicated to Him throughout his life, filled with the Holy Spirit from birth(!), called to the great prophetic office of turning the nation back to God.  This little boy would be the greatest of the Old Testament prophets!  That is huge!  But hold on, the third thing would eclipse even that.

The final statement by Gabriel would have rung all sorts of bells inside Zechariah.  Alluding freely to Malachi 3:1 and 4:5, Zechariah would not have missed the significance.  This child is the messenger that goes before, that prepares the way, prepares the people . . . for what?  For who?  Check out Malachi 3 and 4.  As in other places in the prophets, the anticipation of the Day of the LORD was strong, and one would come first to prepare the way.  But if little John, great as he was, was merely the preparation maker, then the third thing Zechariah would have been bursting to tell was this . . . God . . . is . . . coming!