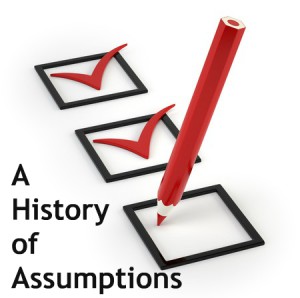 In the last week or so I’ve been revisiting the primary sources of the often so-called New England Antinomian Controversy of 1636-1638. I’m repeatedly struck by the differences that were discovered among a group of people that assumed they were all on the same theological page. Yes, they knew that differing opinions were held with regards to church governance, but concerning primary doctrine, agreement was a given.   Yet, in the late 1630s a division the size of the San Andreas Fault was unwittingly unearthed.

These kinds of sleeper fault lines are repeatedly found in churches today. Naively, many assume that if people agree on the five solae, on the nature of Jesus, and affirm the inerrancy of the Bible then they’re fundamentally on the same page. I would like to propose that this isn’t necessarily the case.

When disagreements do come up in the church many are shocked that they’re over “non-essentials.” I’m not talking about worship style or church polity but more significant “non-essentials” like the proper use of the Law or the nature of faith in relationship to assurance of salvation. These doctrinal divisions stem from a more foundational disagreement about God, man, sin, and grace.

That’s why at Cor Deo we repeatedly return to the most fundamental questions for … well … everything:

4. And how is the problem solved?

a. How does this affect my daily life?

Our intentions are to emphasize these foundational issues so that we build our lives and theology on them, or face the danger of building our lives and churches on sand.

Since the answer to the first question affects the answer of the second, and the second shapes the third, and so on, it is most likely that secondary disagreements are actually based upon un-communicated foundational clashes. A brief look at the initial days of the Antinomian Controversy over the nature of faith will, I hope, demonstrate this point.

In the early days of the Massachusetts Bay Colony there was a hope to create a perfect theocracy in the new world. Gone were the tyrannical days of Archbishop Laud’s censorship. Now the Puritans could freely immerse themselves in and apply their ideas from the Bible.  They certainly indulged in this new opportunity. Each preacher spent 12 hours a day in study and the people gathered to listen to them, sometimes they would preach five days a week to meet the demand. With nothing else to do outside of work, listening to sermons became the pastime of the colony. One could easily fill the week going from town to town listening to various preachers. As things developed, the listeners began to choose their favorites and accentuate differences among the minsters of the colony. This was especially true for those who attended John Cotton’s church in new Boston, who began to challenge the errors of Cotton’s colleagues during the Q&A sessions after their sermons.

The Bostonians accused other ministers of preaching a “Covenant of Works.” They believed that teaching someone to look at their sanctification for assurance was a works-based righteousness. Therefore, the Bostonians thought that works, rather than the person of Christ, became the object of assurance. This was the very opposite of what Cotton had been teaching in Boston.

As the tensions escalated in the new colony, the ministers began to write to one another in order to ascertain whether or not the Bostonians were actually representing Cotton correctly. Much of their initial discussions centered on the nature of faith and the timing of union with Christ.

The elders of the colony argued that faith was a divinely enabled choice to believe in Christ. By meeting this one condition, “God’s free grace would be revealed and received by the believer” and the benefits were union with Christ and justification. Cotton, like Calvin, taught that faith is assurance of having been united to Christ just as cup receives oil. Faith is a response and a direct work of the Spirit who testifies to our spirit that God has loved us first.

The two sides were divided as either seeing faith as passively received or actively enabled.

You might think these differences are merely semantic and pedantic. But if you peel back the onion you discover two dramatically different theological traditions. These traditions would answer the four big questions differently. For illustration purposes let’s just consider third question: what is sin?

Cotton believed that sinners would never produce good works. Anyone who was bound to sin only wanted to do evil. Nothing prior to a nature-change could ever be considered good.

Cotton’s reading of Matthew 7 wouldn’t allow him to agree with his colleagues’ understanding of faith. Their view was essentially that sin is more of a disease than death, which was much nearer Erasmus’ view than Luther’s.

Cotton didn’t miss this when he suggested his colleagues’ theological arguments reflected the papists more than the reformers.

“Hence it is, that when Catharinus (a learned Papist) went to prove that a believer in Christ might be assured of his salvation by his good works, out of 2 Peter 1.5-10 . . . Whereto Pareus [a Protestant] replies, We acknowledge our former assurance to be before works, from the testimony of the Spirit bearing witness to our spirits that we are sound. (pg. 93)”

By insinuating they were papists, I’m not sure Cotton could draw the line in the sand any thicker or deeper. And the dividing line wasn’t without basis; on the fundamental questions they were miles apart.

So what does conflict between Puritans 375 years ago have anything to do with us? A situation like this should remind us to focus on the essential questions of life. Not to assume that everyone is in agreement on how to answer them. I’d say like any good coach, practice the fundamentals and keep going back to them. Get your nose in God’s story and see what he has to say about these four questions.