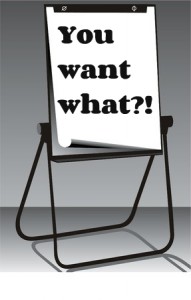 Everything. God wants everything we have, and all of who we are. Not more and not less. God’s ambition for us is heart-based: he wants whole hearts.

That includes our mind, soul, and strength. Or, in contemporary terms, our time, our employment, our money, our devices, our attitudes, values, marriages, plans, and everything else we can think of.

This radical divine ambition came as a dawning when I was converted: the basis for my response to Christ. Jesus came to me with the language of “two masters” in Matthew 6:24. He was saying, in effect, “I want to be your master but you have another master right now—and that must change.”

I mention my embrace of Christ’s calling for my life to highlight a point that many Christians seem to have muddled. The point is important: God isn’t looking for our cooperation or appreciation. He wants, instead, a marriage-like devotion. So when I next read Matthew 6:33, “Seek first the kingdom of God and his righteousness,” and responded so that he began to reshape my deepest values, the implications of this calling started to unfold.

My response of, “Yes, Lord, I’m yours!” meant everything started to change. Knowing Jesus became both my immediate and my ultimate ambition. That’s not to say that I was always consistent or wholly persistent: by no means! But my movement toward him was a new trajectory in life. Later on I realized my “yes” reflected the ministry of the Spirit winning my heart and uniting me to the Son as in the marital-union language of 1 Corinthians 6:15-20.

You can imagine my surprise, then, when at theological college a few years later I read a book by a Christian scholar that treated this kind of faith as “crypto-sectarian.” The author actually made the charge against a 17th century Puritan, John Cotton, but it also applied to me.

Cotton, by the way, was converted by the preaching of Richard Sibbes when Cotton was already a trained and respected Puritan preacher. Sibbes’ teaching of Christ’s love and free grace by the coming of the Spirit caught Cotton’s heart and changed his life. And, obviously, it said something about Cotton’s new view of his earlier version of faith.

The troubling book I read—by William Stoever—was a creed-based critique of the free-grace movement among Puritans. It was, arguably, a lively exercise in Whiggish history—the measuring of earlier historical events by later values. In other words, what Stoever today believes to be correct doctrine was imposed on the 17th century Puritans. So Stoever’s personal Reformed convictions were his basis for criticizing Cotton as a heretic.

As such it buried the real issue: that the Reformed movement was, and still is, divided by two competing versions of Reformed faith. One version—Stoever’s modern view—treats God’s grace as an empowering gift to the elect. This newly created grace offers power to live in line with God’s demands. In turn this obedience displays their status as genuine believers. Obedience, then, is the hallmark of faith.

Cotton’s alternative version of faith followed Luther’s Reformation insight—also embraced by Calvin—that saving grace isn’t a created power but God’s indwelling presence by the Spirit. He then changes us from the inside-out by changing our desires. And with new and holy desires the fruit of obedience follows. But obedience isn’t the focus of faith. Only Christ has that pedestal and any call to look to self by focusing on obedience is to look in the wrong direction.

What Stoever either missed or dismissed, as a result, was the continuity between Cotton and Calvin. This was a key issue in the original Puritan debate: transformation comes only by the Spirit’s participation in a convert’s soul. He stirs the reciprocity of mutual love.

So Calvin himself would need to be seen as a “crypto-sectarian” along with Cotton if Stoever had followed the trail of evidence based on what Cotton kept saying to his colleagues, “I’m just following Calvin!” And he was.

In a nutshell Stoever insisted that God wants a balance between himself and his believers—a symmetry between Nature (humans) and Grace (God). Stoever argues that Cotton’s newfound belief in the abiding presence of the Spirit violates this symmetry. How? By Cotton’s claim that believers, by this union with Christ, are fully dependent on God.

Such complete dependence, Stoever warns, violates God’s desire for a Nature-Grace partnership by means of enabling and saving grace. Grace, as a booster force given by God to the Elect, allows them to retain a certain independence that pleases God.

But Independence, even of this type, is a curious thought to all of us who were converted by repenting of our independence. Adam started the problem by declaring independence so it’s certainly not likely to be a feature of salvation. So Cotton dismissed independence and moved from one version of Reformed faith to another. And he got it right.

Go read and see for yourself. Boasting or Nature-boosting just doesn’t cut it. God still wants everything.

Everybody Hides
A Burdenless Holiness