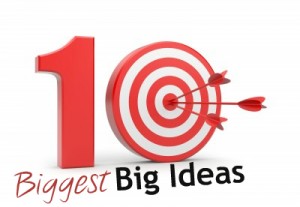 On my preaching blog I am mid-series on the ten biggest big ideas in the Bible.  Somehow every passage seems to touch on at least a few of these.  Today I am at number six and I am offering it as this week’s Cor Deo post.  In case you’re interested, here are the links to the first five posts – 1. God, 2. Creation, 3. Sin, 4. Grace, 5. Faith.  And today?  Redemption:

6. In God’s great plan of redemption He brings home straying adulterous hearts into the fullness of His forever family.

It is His promised grace that overcomes fatal sin.  It is His faithfulness to His word.  It is His self-revelation, His becoming flesh and His sacrifice that does what we could never do.  In the end it will be His bride presented to Him by His Father, and His kingdom presented to His Father.  The redemption story is God’s story, and it reflects God’s character throughout.

The salvation offered to humanity is a gift beyond compare.  Doctrines weave together into the richest tapestry, like the glorious righteousness in which we are clothed, and ultimately transformed.  What are the beautiful threads?

As you would expect of a triune God, the imagery of redemption’s story is saturated in relational colours.  Like a lost son we are arrested by a stunning display of our loving Father’s self-humiliating grace.  Like a straying harlot wife we are melted and won by our groom’s persistent love.  Like an enemy wishing Him dead, we are made His friends by His laying down of His life.

The problem of sin is so profound, and the solution so beyond the creature, that the whole of creation groans in anticipation of the redemption of the pinnacle of creation.  Yet how creation will sing when made new in the final answer to the question of rebellion.  Is there better life to be found apart from God?  Is there life at all?  No.  He is the life giver, and what lengths He has gone to in order to give us life!

Eternal life in the joy filled family of the truly life-giving God . . . when we preach a passage in the Bible, we preach a snapshot from the family album that tells the tremendous tale of God’s great love story.  Hallelujah, what a Saviour!

Discipline and the Disciplines
Predestined?