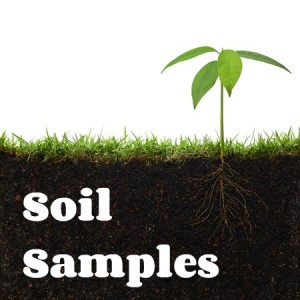 Jesus offered a parable about the types of soil farmers find in casting seed. He then explained the parable. Those who hear God’s word are the soil and the quality of the soil defines the fruitfulness of a teaching ministry. As context, Jesus was preaching God’s word and was finding mixed responses from the crowds.

Most of us recall the key points. God’s word may cause a momentary stir in people whose lives are like packed earth so the seed has only a superficial placement. The devil, like a hungry bird chasing exposed seed, then comes and swallows the moment. For other listeners the words land on rocky soil where personal issues keep the truth from taking root. Or, again, there are people with competing concerns—the “cares and riches and pleasures of life”—that, like weeds, choke any growth from the word. But, finally, in some listeners there is a good response that produces multiplied growth.

Here’s a question. Was Jesus being prescriptive in his story? Was he calling his audience to make some changes in life? Was the parable a moral lesson: “So, work hard to become good soil!”?

No, it was actually a description of his experience with crowds. Soil is what it is: either good or bad and people either respond or fail to respond. So the focus was not on the seed: we can be sure it is potentially life changing for all listeners. And the same is true today whenever God’s word is offered. There will always be a range of responses.

Think, for instance, of how many people today are stirred by the message of Christmas—of Jesus who brings “joy to the world.” Yet for some this seed of truth may last about as long as the Christmas tree. Or, if the impact lasts a bit longer, it fades when the entangling pleasures and cares of ordinary life come along.

When responsive hearts do receive God’s word and bear fruit it always comes as a sustained joy: Jesus finds space and freedom in them to bring new life, and that life readily spreads to others through their joy.

But why do some retain this joy while others don’t? Once again, shouldn’t we press people to be more responsive?

Again, that’s not a question Jesus addresses here. What he is saying is that the very same words that fail to touch many people will bring dramatic results in others. So the content of the message has its own power—assuming the words are God’s word—and those who share only need to wait to see results from their preaching, teaching, or simple sharing. The truth of Christ’s teachings has the power—not our rhetoric or brilliant logic.

It also explains why some people who heard Jesus preach would later shout, “crucify him!” And why others, after hearing the same words, would come to worship him: “this is the son of God!” Or why, in John 12, some who believed in him still refused to acknowledge him.

It’s not as if Jesus was callous in telling this parable. In Luke’s gospel the parable is offered in chapter 8. Later we hear how Jesus grieved over the resistant hearts of Jerusalem:

“O Jerusalem, Jerusalem, the city that kills the prophets and stones those who are sent to it! How often would I have gathered your children together as a hen gathers her brood under her wings, and you would not” (13:34); “And when he drew near the city, he wept over it, saying, ‘Would that you, even you, had known on this day the things that make for peace! But now they are hidden from your eyes” (19:41). He wept in his longing for fields of fertile soil; but more often than not he found hearts packed down with rocks, footpaths, and flourishing weeds.

Yet there are lessons to be learned elsewhere about what makes soil receptive or unreceptive to the seed of Christ’s words. Hypocrites—the unrighteous moralists of any age—for one, are never good soil. This includes religious leaders who press congregations for better tithing yet “neglect justice and the love of God” (Luke 11:42). Or teachers who love to be honored for their education and academic posts yet who are, in fact, spiritually dead—“like unmarked graves”—that people unwittingly walk across (Luke 11:43-44).

Instead, Jesus tells us, his house will be filled with socially awkward and morally unlikely figures, including “the poor and crippled and blind and lame” (Luke 14:21). We can think, for instance, of the Samaritan woman at the well; or Zachaeus, the tax collector; or the begging man who was born blind, as good soil. Jesus, after all, came for sinners rather than for the self-righteous.

So, as we think about the kind of soil we represent, perhaps God’s grace will be at work this year by running a plow through the soil of our lives: turning up hidden sins, tearing up weedy comfort zones, and making a mess out of our self-sufficiency.

Just be sure to give thanks if and when that happens! And listen for Christ’s comforting words that are sure to come with along with any plowing. He isn’t uncaring—he may even be weeping.

Loving God at Christmas
From the Brink of Death