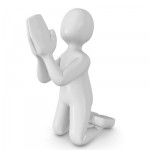 Humans love being religious.  That’s not to say everyone loves a given religion—or even the notion of religion.  Rather I’m thinking of religion as a profound, worship-like devotion in life.  In the secular West, for instance, the prominence of the Christian Church may have faded over time but the impulse to worship remains lively.

My reflections are stirred by my present location: sitting in the food court of the AAR/SBL annual conference (that is, the American Academy of Religions & the Society of Biblical Literature).  Tens of thousands of religious people of every stripe are coming and going all around me.  Books are being sold here on “The Spirit of Hindu Law”, “The Origins of the Shi’a”, “The Bhagavadgita”, “The Gospel of John”, and more . . . much, much more.

It’s an odd mix.  Worship is present but the Triune God is not the only divinity being worshiped.  Paul’s response to the idols in Athens in the first century would still apply: “his spirit was provoked within him” (Acts 17:16).  Something here is very broken.  The religionists at the conference are bright—often brilliant—sincere, and many are absolutely winsome.  But where are they going?  How does their religion shape their lives?  It fills them with some level of meaning but it misses the disclosure of God’s love in Christ as revealed through the Cross.

Intellect is a common thread here.  But intelligence is not identical to wisdom—or at least God’s wisdom.  An AAR participant may be wise, for instance, in discriminating features of Middle Platonism and Neoplatonism; and another may know all about claims that Tibetan Mystical Practice can heal trauma; and still others will have keen insights about their own realm of study or practice.  But wisdom in Christ is unique.

We can think of Romans 1:21-23 & 25. “For although they knew God, they did not honor him or give thanks to him, but they became futile in their thinking, and their foolish hearts were darkened.  Claiming to be wise, they became fools, and exchanged the glory of the immortal God for images . . . . they exchanged the truth about God for the Lie and worshiped and served the creature rather than the Creator, who is blessed forever!”

Religion is a human effort to explain life—to gain a proper place in this life and beyond.  It carries with it a promise of meaning and worth.  Even the secularist will have religious elements in life: perhaps a devotion to learning, a commitment to aesthetics, or a delight in power.  Some may live mainly as hedonists, and others as ascetics, and still others as altruists.  And those who are most compelling here are the most zealous.

In returning to Paul, he had once been zealous for God but he was traveling in the wrong direction.  A religious zeal can be sincere but utterly misdirected.  Underlying Paul’s experience, both before and after he met Christ in person, was his assumption that an awareness of God is present to all of us.  We were made by God and for God but sin stands in the way.

What makes the difference, then, between a non-Christian theologian, a full-on secularist, and a devoted believer?  Paul answered as he wrote about some of his spiritual antagonists in Thessalonica: “they refused to love the truth and so be saved” (2 Thess 2:10).  Paul treated truth as something to be loved.  Was he conscious of Christ’s identification in John 14:6 as “the Truth”?  Perhaps.  Whatever the case we find that a proper religion always moves into a deeper relationship with truth.  And real truth takes us to Christ—to a true religion birthed in a relationship with the one who made us for himself.

My own sense of Christ’s compassion that Paul reflected in Athens has been stirred here.  I pray that many who are zealous for “god” will finally discover him in Christ.  Pray with me, please!