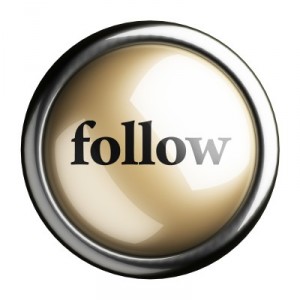 “For example.”  This is one of those phrases that tends to get listeners leaning in during a sermon.  People want to know “what it looks like” to apply the Bible to their lives.  Consequently we tend to offer examples to copy.  Sometimes the person is not identified, sometimes it is someone famous, other times someone known personally.  Sometimes it is even Jesus.

Having an example to copy is usually appreciated, but it is not always helpful.  There is always a danger that the form may be copied, but without the motive.  In fact, the notion of wearing a mask is troublesome in church world (not least because we can generate a culture that seems to require it!)

But having an example to copy is not all bad.

Paul told the Corinthians, “be imitators of me, as I am of Christ.”  He told the Philippians to “join in imitating me, and keep your eyes on those who walk according to the example you have in us.”  He affirmed the Thessalonians for becoming imitators of Paul and his team.  The writer to the Hebrews urges them to imitate the faith of their leaders.  John tells the church to imitate good, for whoever does good is from God, but those who do evil have not seen God.

There is definitely a place for examples in the Christian life.  In fact, it is at the very core of our calling.

Jesus, the Rabbi extraordinaire, called the most unlikely folk to follow him.  These weren’t the elite boys with stacks of scrolls and wire-rimmed glasses that had sat at the front in the synagogue school and impressed the rabbi enough to be able to ask to follow him.  When that day came, these particular boys slipped away and back to the shores to work with their Dads in the family business.  Not the worst option in life, but not the elite option.  They left behind the brightest and best to be followers of the rabbi.

To be a follower, or disciple, of a rabbi is like an apprenticeship on steroids.  It means living with, learning from, copying, becoming like, being shaped by.  It means being so connected relationally that you aren’t becoming an impersonator who takes on a fake persona, but a disciple whose values, whose beliefs, whose conduct is shaped by the one you follow.

Jesus called the most unlikely folk, and he asked them to follow him!  He still does that: what a privilege we have!  And to think that the Bible presents Jesus as the initiator.  It is not the brightest and best of us that get to ask Him.  It is Christ himself who invites us.

So Jesus commissioned his disciples to make disciples: to bring others into that close bond that would lead to life transformation.  Paul was calling the Corinthians and others to the same.  Follow me as I follow Christ.

That is where example is legitimate.  It isn’t copying behaviour as if that will shape the inside of a life.  It is being in relationship in such a way that hearts beat as one, values become owned, and life spills outward even into the area of conduct.  Inside-out transformation is at the heart of the Christian message.  Hence the importance of the Spirit who unites our spirit to His.  Hence we are to draw others not to some sort of cognitive conversion and impersonation practice, but into full discipleship with Christ Himself.

On a Mission
Maslow’s Mistake