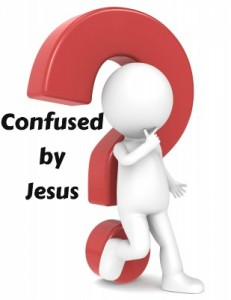 We may be too hard on the apostle Peter.  Or, to put it differently, I think it’s unlikely we would have done much better than he did in his “confession” week.  So while we may ‘tut tut’ at him for the dumb side of what he said in those days I suspect we might be just as foolish ourselves.  He was, after all, using the same sort of common sense that we all rely on.

The week I have in view began in the resort town of Caesarea Philippi.  The twelve apostles were with Jesus on a mid-ministry break and it was a time for reflecting.  Jesus asked them, “Who do you say that I am?” (Matt. 16:15).  Simon Peter gave the right answer: “You are the Christ, the Son of the living God.”

Jesus immediately affirmed him: “Blessed are you, Simon . . . .  For flesh and blood has not revealed this to you, but my Father who is in heaven.”  Jesus then gave Peter a promise of unique standing in the coming church, “I will give you the keys to the kingdom of heaven . . .”

I can almost hear the logic wheels spinning in Peter’s mind: “’Kingdom of heaven’—wow!  Will I be the prime minister after Jesus launches his war against the ruling Romans?”  Whatever the particulars might have been Peter knew he needed to start rising to the occasion—to think about how to use the status Jesus just granted to him.

Then came the conflict: an exchange of two rebukes.  Peter first rebuked Jesus and Jesus then rebuked Peter in return.

It was Peter’s vision of the coming kingdom that best explains the event.  Jesus spoke of his need to die and Peter immediately dismissed the idea.  He knew by now that Jesus, as the Christ, had all the power he needed to avoid death and to establish his coming realm.  So he rebuked Jesus.

And Jesus, in turn, gutted Peter: “Get behind me, Satan!”  This was to the man Jesus loved and had just affirmed.  What was the problem?  Jesus made it clear: Peter was being human, and humanity’s basic aspirations are Satanic.

What did Peter, the Satanic man, want?  He wanted stability, security, and comfort.  And these are the aspirations of anyone with some common sense: give us a place; a stable place; a comfortable place; a home.

Jesus, by contrast, offered Peter and the apostles an uncomfortable place: the cross.  “If anyone would come after me, let him deny himself and take up his cross and follow me” (16:24).  It’s easy to be confused by Jesus when he offers us the kingdom of the cross.

Did Peter finally catch the vision of Christ being crucified.  The week wasn’t over.

Jesus again spoke of his coming kingdom as he told the disciples that some of them would get to see him in his kingdom status.  And six days later it happened on the “high mountain” where Jesus was transformed with three of the apostles there as witnesses, including Peter (17:1-8).

How did Peter do?  He was back to his default common sense once again.  As the Jesus was showing off his radiance and chatting with Moses and Elijah Peter offered a suggestion, but God the Father cut him off: “This is my beloved Son, with whom I am well pleased; listen to him.”

What did Peter say in that incredible moment?

“Jesus, can we build some huts for you, Moses and Elijah?”

It makes us want to start our tut-tutting again.

Yet it was just his common sense at work: life is all about finding a place.  A stable place.   A comfortable place.  A home.  And Jesus ignored him because he and Peter both needed to go to the cross first; and to a very uncomfortable place called death.  Only then would the beautiful side of the kingdom arrive.

So there lies the confusion.  If we think of this life as a comfort center and Jesus as our companion in comfort we too may have a rebuke coming.  If, on the other hand, we say with Paul “for I am crucified with Christ, nevertheless I live”, then life may start to make more sense.

One Response to Confused by Jesus