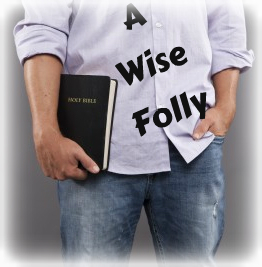 Is God good at expressing himself?

The question matters, especially if we profess to have the ultimate God of the Bible as our own deity.  Faith produces avid listeners and we can reasonably assume that our Creator will speak at least as effectively as we do.

Why, then, do many people who claim to know this great God find it hard to connect with him?  Can it be that the problem might be on our side and not on his?

The issue, for instance, might be an affective gap—that some of us really aren’t very avid to hear what he has to say.  Jesus said as much: “This people honors me with their lips; but their heart is far from me” (Mark 7:6).  To solve that problem we might want to pray that he would open the eyes and ears of our hearts to see and hear him.

Uncertainty may also play a role.  Many experts in divinity—academic theologians—profess a great God but in practice they treat him as a poor communicator.  Non-evangelicals, especially, seem deeply skeptical about God’s ability to speak clearly.

But even those with a high view of the Bible as God’s Word may give God poor marks for his communication skills.  The greatest areas of challenge in hearing him seem to be found just where God’s opinion is most needed: in the cultural debates about sexuality, marriage, child bearing and rearing, and the nature of freedom.  Some teachers offer clear face-value-readings of Scripture that say one thing; but other equally informed speakers then tell us the meaning of the same texts are opposite to what the first teachers taught.

Once again, the problem may be our own, not God’s.  The Apostle Paul, for instance, assured the believers in Corinth of their immediate Spirit-to-spirit access to God in Christ and summed it up by saying, “we have the mind of Christ” (1 Corinthians 2:16).

But in that context Paul was speaking to a divided church and it was clear to him that only some in the church actually had this access in practice.  Paul offered reasons for this divide.  Here are two of them.

God’s message is cloaked in humility.  Sin operates through pride—the ambition to be like God—so all who are proud remain blind to the actual being of God.  How so?  Because in adopting the serpent’s Genesis 3 invitation to be “like God” humanity embraced a Satanic deceit—and his own ambition—that God is self-absorbed and motivated by an ambition to rule others.

The true God, by contrast, is ever-caring, ever-devoted, and ever-giving in his eternal Triune being.  The greatest expression of his own self-giving humility is found at the cross–“For God so loved the world that he gave his only Son . . . ”

So Paul told the Corinthians that those who have a power-driven version of God or a logic-based portrayal will always miss the true God whose actual power and wisdom is expressed in ways opposite to what children of Adam would expect, given the serpent’s false portrayal of deity in Eden.

“For Jews demand signs and Greeks seek wisdom, but we preach Christ crucified, a stumbling block to the Jews and folly to the Gentiles, but to those who are called, both Jews and Greeks, Christ the power of God and the wisdom of God” (1:22-24).

Power and prominence can mute God’s voice.  In a problem tied to pride Paul also reminded his readers that the wise, the wealthy, the mighty, and the strong are poor listeners.  Why?  Because they readily mistake themselves for God.  That is, the Edenic premise that we can “be like God” makes sense to those who prosper in a fallen world using fallen wisdom.

The poor, the plain, the weak, and the weary, on the other hand, are able to spot the idolatry involved in the worship of status and stuff.  So when the authentic God speaks they more readily hear him.  And in the end the distinction between the truly wise and the foolish will be clear.  Listen, again, to Paul.

In sum God overturns human wisdom with what seems to the world to be utter folly: he makes the cross the doorway to his heart.  And to the delight of all who live in the realm of weakness we begin to hear God’s voice as we embrace the cross.

This is the sort of “foolish” wisdom we can live with.

Growing Each Together
Les Miserables and Life Giving Grace