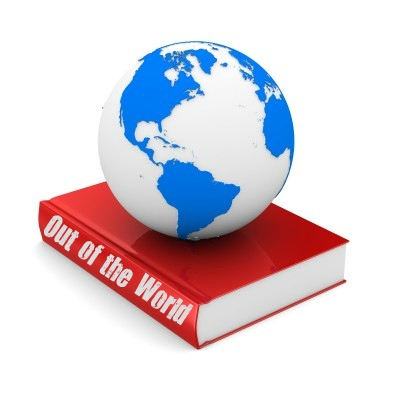 In John 17 Jesus prayed for his own—for those the Father had given him.  In praying for his own he offered a contrast between them and those who are in the “world”.  The distinction can’t be missed as Jesus uses the term “world” seventeen times in his prayer!  We will do well to pay attention.

The first reference, in verse 5, seems distinct from the others that follow as Jesus mentioned the glory he shared with the Father “before the world existed.”  So it speaks here of the creation itself.  All the following uses have a moral dimension: speaking of the world as the realm of the “evil one” (verse 15).

In the prayer Jesus linked his use of world with a second repeated term—“word”—to discriminate those who are “not of the world” from those who are of the world: the former are those who “have kept your word.”  The world, on the other hand, represents those who reject Christ’s words and have “hated” all the word-centered people.

There’s more.  Word is identified with “truth”—“your word is truth” (verse 16)—and is what sets the word-centered people apart (as a “sanctified” people) in Jesus just as Jesus himself was set apart to the Father.  The imagery is of two separate trajectories: one group of people moving towards the eternal glory of God’s mutual love (verse 24) and the other group moving in the opposite direction.  One group is aligned with God and the other hates God and all he stands for.

As I considered this prayer recently with a group of friends it dawned on me that some things never change.  Adam and Eve, just after the creation of the world, had the best the world could offer: a chance to walk with God in his special Garden.  But they abandoned their privileged state by dismissing what God had told Adam in clear and unmistakable terms: don’t eat from a single prohibited tree lest you die!  Yet Eve, followed by Adam, acted as if God’s words weren’t reliable or true.  They ate the fruit anyway.

How did this remarkable shift come about?  By accepting the serpent’s dismissal of God’s character and honesty: his “Did God really say?” followed by “you will not surely die!”  In a moment of heart-change they shifted from trusting God to trusting the serpent.  Yet God “really did say” and the first couple really did “die” in the moment they ate of the fruit.

The work of Christ, then, was and is to reverse the serpent’s lie by presenting God’s character as reliable and his word as true in terms we can grasp.  In the beloved Son the Father unleashed his strongest and most attractive resource.  And he so loved us that he allowed the Son to die for us so we can again live the life Adam abandoned.

It is striking, then, that God’s expressed word—now bound in a relatively small volume called the Bible—is the place where the living Word speaks to our hearts.  And where the separation that Jesus prayed about is still taking place.  Some are responding to him—reading and responding to the Bible—and others are ignoring it and him.

I like the way the prayer of John 17 ends as Jesus prays for those of us who find his words to be a delight: “I made known to them your name, and I will continue to make it known, that the love with which you have loved me may be in them, and I in them.”

It’s an invitation that is literally out of this world and into a life of true love.  It’s not to be missed!