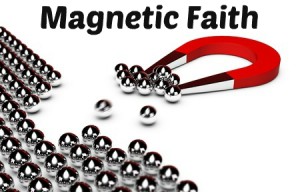 Spiritual life treats God as attractive and trustworthy. His character—wholly righteous—brings light to the darkness of our selfishness. And faith is our response to Christ’s call to “Seek first the kingdom of God and his righteousness.”

God’s attractions become ever more obvious to the eyes of faith. We realize that he created all things well. Beauty displays his creative goodness. Healthy relationships reflect his Triune love as we—created in his relational image—first receive and then share this love. The Father’s love is expressed in Jesus who wants us to know the Father. And the Spirit lives in us to fulfill that vision.

Heaven is the future of faith—a hope that motivates us and grounds us morally. We are beloved children looking to our homecoming. And Christianity is an eternal community of those who know the Father, love the Son, and walk by the Spirit.

Yet this summary of God’s plan presents a puzzle. Why is it that so few seem to be delighted by Christ? Even among churchgoers? Those of us who do enjoy his beauty assume there should be throngs of captivated devotees. After all, everyone wants what he offers: love, joy, peace, patience, kindness, goodness, and the like. But when God the Son walked among us he was spurned and crucified. And even today he remains a marginal figure in most social circles.

Jesus pointed to a problem when he engaged Nicodemus in John chapter three. Nick was a major religious leader of the day but he still lacked the life and love of the Spirit. His was a life “in the flesh” and Jesus dismissed it. Flesh is motivated by a love for what comes with darkness rather than light.

What may be missed here is that Jesus in speaking of “the flesh” as “from below” set it over against a life transformed from “above.” God is the sole focus of faith—never a mere option or add-on—and he changes everything. So the language of love is critical: to know God by the Spirit is to respond to God’s love. New life by the Spirit shows up as a heartfelt devotion to God. In this light Nicodemus wasn’t a reprehensible figure; but he was spiritually inert.

In the next chapter of John’s gospel the focus moves to a new place on the moral spectrum: away from the disaffected life of Nicodemus to the more overt ungodliness of the woman at the well. Yet notice how the stories are parallel. Like Nicodemus this woman lacked the Spirit but it showed up in different ways. Jesus offered the Spirit to the morally shiny Nicodemus; and he offered “living water” to the morally shady Samaritan woman.

And against our common sense—but in alignment with Bible texts such as 1 Cor. 1:26-30—it was the shady Samaritan who believed. Jesus, in her words, exposed “everything I ever did” yet he still cared for her. So she responded.

This certainly speaks to our mystery. If church members today are spiritually indifferent could it be the result of un-Spirit-based religion? Nicodemus was a religious leader but he still lacked the crucial connection to God by his Spirit.

Notice that Jesus didn’t call Nicodemus to a religious or creedal formula—but to be born by the Spirit. Nor did the Samaritan woman need to do anything special to receive his promise of living water. The apparent lack of faith on the one hand, and the woman’s spontaneous faith, on the other, set out two options in the narrative of faith. The religious leader didn’t respond—at least in this section—while the woman went off and started a local revival! What accounts for the difference? God knows. What we know is that the difference in the woman’s life was dramatic.

Now let’s return now to the question I raised about the apparently small numbers of devoted and delighted believers in too many churches today. It could be that my sample is too small or peculiar. Or I might be misled by what looks like indifference. Perhaps most believers delight in Christ but for some reason are able to hide it.

The Samaritan woman’s response unmasks such prospects. She became spiritually magnetic as soon as she realized Jesus was the Christ and that he cared for her. He offered her an opportunity to “worship in Spirit and in truth” and she immediately began to collect others.

So the magnetic invitation Jesus offered still stands. If we prefer to look morally shiny while maintaining our spiritual autonomy and indifference . . . well, there’s already plenty of that to go around. But if we respond to his offer of life in the Spirit and find him captivating, feel free to spread the joy!