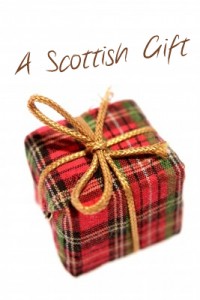 This weekend I flew up to Glasgow for a reunion with Brian and Scott.  I first met Brian almost a decade ago when he was a student at the theological college where I was teaching.  He is now the lead pastor in a church known for its commitment to Bible read-throughs.  I had to see what it looked like.

Here’s what I found.  Read-through groups are part of the community fabric with many if not most of the regular Sunday participants fully involved—many dozens in a church of around 200 to 250.  Brian explained that each week groups of three, four, or five meet together in local coffee shops and pubs to offer each other what they’ve seen of God in their personal reading during the week.  Many have been doing it for years.

Scott first met Brian in the early days of the church as Brian was meeting some men in a coffee shop for the weekly meeting over their Bibles.  Scott was listening in to their conversation from a separate table, captured by what they were saying.  Brian noticed.

Scott’s appetite for God’s word carried him forward from there.  He later attended the college where I taught and told me about the Glasgow ministry.  And I put it on my “must see!” list.  Since then Scott graduated and returned to Glasgow to be part of the ministry; and only now did I finally make the trip.

What did I learn from the visit?

For one, I saw a Bible reading church well rooted in a very gritty city.  Glasgow is not a prime zone for Christian faith these days: it has a reputation for drinking, drugs, and decay.  So picture dozens of clusters of young men and women—the average age of the church looks to be about thirty—avidly flipping Bible pages in public settings throughout the Westside of town, between the shipyards and the university.  People notice—as Scott had a few years ago—and some start to attend.

I was also reminded that prayer and worship comes with bold Bible reading.  Almost an hour before the morning service about thirty members came to the building and joined in a lively time of prayer.  The singing in the service itself was heartfelt and the sermon on Ephesians was rich food.  Communion followed and the fellowship afterwards was sweet.  Two adults were baptized as the penultimate event and a meal followed—though I’m told I just happened to hit a special Sunday, Pentecost, which called for a bit of feasting.

In reflecting on the visit I thought of the title of my blogsite: “Spreading Goodness”.  This was a bit of God’s spreading goodness in Glasgow—a small but distinct light in a largely darkened city.  The church ethos was transformative, bold, Bible-driven, and responsive to the Spirit.  They displayed faith, hope and love.

One further reflection occurred to me.  Brian told me that the idea of doing the Bible reading partnerships came from his hearing my own testimonial when he was a student.  So in Glasgow he tried it.

Where did I get the idea myself?  From a Scotsman living in Canada, Sam Cassells, who captivated me as a teenage boy in 1966 with a vision for bold Bible reading.  At that time Sam and his wife had been reading through the Bible two to three times each year for at least fifty years—so they would have started in 1915 or 1916.

In a real sense, then, the favor of a Scotsman has now been returned to Scotland after making a round trip of about 10,000 miles and almost one hundred years.

Thank you, Lord.  And may your spreading goodness continue to circulate!