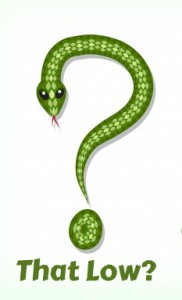 Good versus evil.  Light versus darkness.  We know the basic idea of this historical battle, but perhaps our mental image falls short of reality.  Maybe we don’t quite grasp how radically different God is to what we might expect.

God is God and there is no other.  Absolutely.  This is no eternal tussle between equal and opposing forces.  The “god of this age” has never been and will never be a peer of the eternal God, high over all.  We are dealing with two very different beings.  One created everything, the other was created and has only ever been able to corrupt, not create.  One exists eternally in loving fellowship, the other is a self-absorbed monadic despot who rules a kingdom of fear and lies.

So as we think of this history-long battle, we tend to comfort ourselves with the power of the true God.  After all, the other “god” is on a chain, and the true God holds the chain.  Job was terrorized and afflicted, but only within limits set by God.  There is no question about who has power, but do we misrepresent history when we make it primarily about that?  Do we end up with confusion over why the God who has all power doesn’t just crush or stop the usurper from corrupting and destroying?

Let’s go back, in our thoughts, to the Garden of Eden.  The universe-wide demonstration of God’s generosity and loving provision was complete.  The pinnacle of creation was enjoying the delight of fellowship with both God and spouse, bonded by the Spirit of God in heart-to-heart unity.

And then Eve had that conversation with the serpent.  Both by deception and willing rebellion, the guilty pair had added the knowledge of evil to their awareness of good.  In that moment death had arrived and dying had begun.  With a chill in the air, they had tasted the first sour mouthfuls of blame shifting, fear and horrifying self-awareness.

Then we read of God coming to walk in the Garden.  Press pause.  Imagine interviewing the serpent at that moment.  Would it have a tone of triumph in its hiss?  Surely fear would be there, after all, that is the oxygen of his pseudo-kingdom, but power is intoxicating and to all intents and purposes it does look like the serpent king now has both a victory and a kingdom.

God’s great creation stands corrupted.  Rebellion and sin will now spread like cancer.  The two parents of humanity will now conceive and multiply self-loving, God-hating, rebel humans.  Things can only get worse from this point on.  Serpent ahead.  Time for a powerful comeback?

It is God’s response that should blow our minds and hearts!  Of course God is powerful enough to judge and destroy.  The serpent could be finished in a moment, for it has never been an even fight.  The creation could be wiped and reprogrammed.  But God is so God that His plan should simply dumbfound us.

Imagine interviewing the serpent at that point with narrator’s omniscience:

“Guess what God’s plan is?”

“Judgment?  New super-creature to replace the tainted humans?  What?  I don’t know…”

“Impossible.  I had one conversation and got them both.  They can’t stand up against my conversation, let alone my power.  Impossible.”

“He is going to draw out of humanity a bride for His Son, and He will draw out humans by having them trust His Word, even when He appears to be absent.”

“Impossible again!  He seemed absent today and I got them both to enter into death.  If the perfect pair, with the Spirit fully at work in them, in perfect conditions, were so easily turned away from God, then there is no way they will be turned back.  They had everything, but so quickly curved in on themselves.  Now they are made in my image, and the perfect demonstration of God’s supposed goodness is corrupt to the core.  The only way He can draw out a bride for His Son (as you put it), would be by force.  What sort of a bride would that be?  A forced bride?  Ha!”

From that point on, the history of God’s work in the world tells of His masterplan to eclipse the demonstration of His goodness in Eden.  He is so God that He has been able to draw out a bride for His Son who trust Him based on His Word, rather than His power display.  We were drawn out of our self-loving death by the wooing of a man from Nazareth.

I wonder at what point fear would slither across the eyes of the serpent?  Knowing that a man would crush him?  Knowing that God would win the hearts of a very significant slice of humanity through a man, while Himself apparently remaining absent and out of sight?  How about when he discovered that the precious Son of God would become that man in order to achieve the great goal?  (Surely the one he was so jealous of would never stoop so low?)  Perhaps when it was revealed how far he would go to demonstrate God’s love and win hearts from the dark realm of self-absorbed death? (That low?  Impossible!)

Perhaps that is why Satan did all he could to stop the coming of the Messiah?  Perhaps that explains his commitment to keeping Christ from going to the cross?  For it would take something of that magnitude to draw the heart of a self-loving and God-despising sinner like me.  And God was so God that that is exactly what He did.

The story of the history of salvation is not a tussle between power-mongers.  It is two totally different and opposite ways of working.  Power is a currency we know.  It is the radical self-giving love strategy that blows our circuits.  What a God!

One Response to That Low?