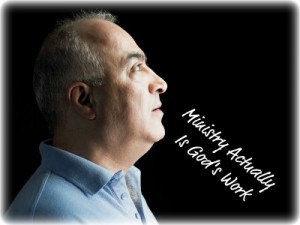 I was really struck by a little comment Paul makes in Galatians 5 as I was preparing to preach it this week.  “I am confident in the Lord that you will take no other view.”  How in the world could he say that?

Backing up slightly, Paul was writing to a group of churches that soon after he had brought the gospel to them had been infiltrated by subversive false teachers who had turned the people away from the God who had called them.  Throughout the letter there is a sense in which they are close to making a very bad decision to buy into the law-righteousness version of Christianity that the false teachers were pushing.

Furthermore, Paul, the one who had brought the gospel to them was being slandered and maligned.  They were accusing him of not being a real apostle, of being imbalanced, as well as inconsistent in his teaching, of being soft on sin, and probably all sorts of other attacks.  And to make matters worse, Paul was many miles away, and the false teachers were right there in the midst of these young believers.

Talk about out of control!  Paul wrote and he wrote very strongly, but where was his confidence?  In the Lord.

This is Paul’s preaching in action – he’d told them to do Christianity by faith rather than by effort of the flesh.  Inadvertently he demonstrates that same faith.  It isn’t in his power to control the situation and fix the problem.  Of course he is writing, but he knows it is the Lord who needs to change hearts, and that is who Paul is trusting.

This is Paul’s understanding in action – sin is not just a superficial issue that can be addressed by codes of conduct, it goes so deep that it would take a heart transplant to bring about change.  He has been teaching them that throughout the letter, but this little comment shows that he believes it.  No matter how strongly his emotions show in the letter, he doesn’t try to manipulate or coerce them by the force of his authority.  He yields nothing for he is in the right and has the authority as an apostle, but he knows that for hearts to be won over to the truth, God needs to do the winning.  Paul doesn’t accidentally offer an alternative code of conduct and thereby negate his own theology.

It makes me wonder how often do we try to manipulate, to force, to convince, to win, to work feverishly in order to get people to agree with us?  That is the inclination of the flesh.  Like Paul, we need to know the place for courageous proclamation of truth, even when it brings all sorts of attacks and criticism, but always remembering that heart change is God’s business.  This is true in evangelism and it is true in discipleship ministry.

Just as Paul is teaching in Galatians, that the Christian life begins and continues by faith, the same is true of ministry.  Only God can change hearts – this is true in evangelism, and it is true in the ongoing life of the church.  Paul preached the theology, but he also lived it out.  I am confident in the Lord that you . . .

In Case You Missed It
From the Sister Sites